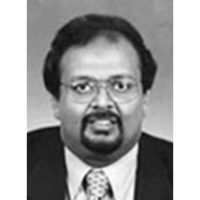 Lawyer, husband, father, friend. Born to Mr and Mrs M. Thananayagam on 19 September 1957, Kuhanandan, also known as T. Kuhan amongst the legal fraternity of Malaysia, was the youngest of seven children.

He graduated with a Law degree in 1982 from Thames Valley University and was a member of Lincoln’s Inn, eventually to be admitted as an Utter Barrister in 1983.

His caring and conscientious nature endeared him to all his friends and peers at University and he was eventually elected to become the first President of the University’s overseas alumni in Malaysia.

In 1987, Kuhan commenced practice in a partnership together with 3 other well known lawyers and continued as the principal partner until his demise.

His other contributions in the various organisations, institutions were as follows:-

Through the various posts that he had held and the several conferences as well as seminars that he had attended over the years, Kuhan was always a familiar figure in the Malaysian IP field. He was very keen to promote and develop Intellectual Property awareness in Malaysia.

A tireless worker, he dedicated his time to his legal practice, various causes as well as to his family.

He was always there for “his girls” as he referred to his family, his daughters’ first day at kindergarten, primary school, first outing to a shopping mall with friends etc.

His prime concern as far as his two daughters were concerned, was that they receive a well balanced education and hence, in early 2008, his wife and daughters left for Melbourne with a view to fulfilling this intention.

His family is devastated by his sudden departure but he will not be forgotten for his larger than life zest for life, fun, hard work, charity and warmth.

And in the end, it’s not the years in your life that count,
it’s the life in your years.
~Abraham Lincoln~