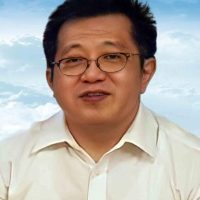 We are gathered to perform our last sad duty for one of our brother Kuan Chee Foo who has departed from us.

Speaking on a personal note, the occasion is sadder because he was a close friend of more than 30 years and I was shocked to learn of his passing on the 1st day of the 2nd series of Covid-19 lockdowns, having just spoken with him days earlier, with plans to travel to East Europe upon resumption of travel.

Kuan Chee Foo, or CF Kuan, or to those who knew him well, simply referred to him as Kuan.

Kuan was well known to members of the Bar for his courtesy, modesty, friendliness to all. He dealt with all colleagues at the Bar honestly and in a forthright manner.

Kuan had always appeared before the Bench with the due respect, courtesy and dignity that was appropriate to the occasion, but was not afraid to put his point across forcefully but courteously, if need be, when disagreeing with the Bench.

Kuan, a litigation lawyer engaged in commercial litigation work, understood well not just the letter but also the spirit of the law, the traditions of the profession, and strove to the best of his ability to honour these traditions.

All these qualities earned Kuan, the respect if not the friendship of many members of the Bar.

As to his personal qualities, Kuan had the innate sense to conduct himself properly in any professional setting, but for those of us who were close to him, he would let his hair down and we knew him as having a character that could be a little cantakerous and grouchy, but never did he harbour any ill will or malice against the subject of his ire even in the most difficult of times. He could be a little naughty but was never offensive or distasteful.

He understood human relations and he had friends among the young and the old.

My Lord, we are indeed saddened that Kuan has died so young with so much unfulﬁlled and unrealised ambitions. We have lost a good and respected friend, whose conduct has been nothing but a credit to the legal profession.

Kuan loved to travel and had travelled extensively to many countries, with Rozana Abdullah, his partner at their practice, always seeking to experience and to absorb the culture of the different countries during his travels. Within Malaysia, Kuan’s travels extended to remote areas largely to accompany me on fishing trips to the Temenggor Dam in the Royal Belum Forrest area.

Whilst not an active sportsman, Kuan had represented the Bar in Bowling and loved his e-games and movies. Much of his leisure time was spent playing video games.

On behalf of the Bar I would like to extend our deepest sympathies to his family. In conclusion My Lord, may I ask that your Lordship will direct that a record of this reference be entered into the archives of this court and a copy extended to his family.

The passing of a friend brings out a flurry of emotions infused with a flood of memories. In the end, the memories that linger are those shared over a friendship spanning 35 years. For that is how long we were friends from our college days till being admitted to the bar and practice that spanned close to 30 years.

Kuan Chee Foo was born in Kuala Lumpur and was a true KL boy. The youngest of three siblings. With an elder sister, followed by his brother. He was always proud of having completed his schooling in Victoria Institution, where his elder brother had gone and someone he looked up to. Moving onto college, he wanted to get a used Mini Copper to get around, just like the car his brother had during his college days at University Malaya. Having gotten the car, Chee Foo was often seen zipping his way to college and all over town. In college, I met Chee Foo; and little did we realise that we would form a lifelong friendship.

It was a well-known fact among his friends that he was very competitive by nature, wanting to do the best in exams and practice. He was always wanting to improve himself and perform better than his peers. But it was not a destructive kind of competitiveness; it was just in his character and something we all grew to accept. This can be vouched for by his long-time Partner, Rozana who had throughout the partnership, had to accept and tolerate. His competitive spirit aside, he was generous at heart with his time, knowledge and quick to settle the bill after a meal. He was known among his friends as the fast hand with the wallet! Always volunteering to pick up the tab. He was always willing to give a friend a lift home, even if it was somewhat out of his route. Often, we would pack into the Mini Copper up to five, sometimes six persons! That car was something else, and we all had fond memories of it, especially Chee Foo. While driving, the impatient driver in him would emerge, and he would mutter under his breath at bad drivers, of which there were many in KL. As swiftly as he would get upset, he would calm down soon enough.

During the Certificate of Legal Practice (CLP) at the University of Malaya, he met his future legal firm partner Rozana Meili Abdullah. He made many lifelong friendships during the CLP course, of which a few went on to be High Court judges and one elevated to the Court of Appeal. At the time, no one knew what the future had in store for all of us budding lawyers. We were all eager to commence chambering and subsequently into legal practice.

Kuan chambered with the firm of Wang Kuo Shing & Co and started practice as a legal assistant. Later he joined T C Chong & Rakan-Rakan. Wanting to set up his own practice, he and Rozana formed RM Abdullah, Kuan & Associates in 1995.

An advocate and solicitor with a keen mind focused on the subject matter with precision, Kuan was thorough in his preparation and would give his best—a versatile lawyer in various areas of the law, from construction law, to corporate and conveyancing. At the core, he was a fighter with a never say die attitude. Stressing over cases was something he regularly did. The stress finally took its toll over the years!

He also had a hidden talent for cooking and especially enjoyed cooking for his family for the Reunion dinner during Chinese New Year. He was a man of tradition who respected his elders and loved his family. Among the things he enjoyed was watching movies with another interest with video games which he loved playing in his free time. Catching up with friends was another activity when his quick draw wallet would pick up the tab.

His passing on June 1, 2021, was on the first day of the second lockdown during the Covid-19 pandemic. Some of us who lived out of KL were not able to pay our respects at the wake and the funeral. It made things hard as we could not bid farewell to a man who had made us laugh and frown at times, for that is friendship with its ups and downs.

Ultimately, he did a quick draw on life and went far too early. Rest my friend, wherever you may be, which would be a better place.

We are gathered here today to pay our respects to fellow members of the KL Bar who have sadly left us. I am here to give my final respects to my longtime partner Kuan Chee Foo or Kuan as he is usually known.

His friends and colleagues, Avtaran Singh, together Katherine Lum and Joslyne Goonting have in their words shared what Kuan was like personally. I do not wish to add more to it but I will pen a quote from V S Naipaul:

“We are never finished with grief, It is part of the fabric of living. It is always waiting to happen. Love makes memories and life precious; the grief that comes to us is proportionate to that love and is in escapable”

Rest in peace my dear friend.