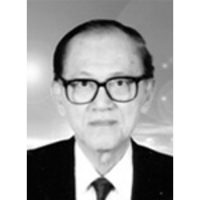 Khoo Eng Chin was born on 22 May 1932 in Penang. He received his early education at the Penang Free School. A Barrister from the Honourable Society of Middle Temple, Khoo Eng Chin was called to the Malaysian Bar on 30 September 1955. He practised as a partner in the firm of George & Khoo, before setting up Khoo & Sidhu with the late Mr GTS Sidhu in the early 1960’s. He specialised in general insurance law, representing insurance companies.

A former State Bar Committee Chairman, Khoo Eng Chin was also active in the Bar Council in the 1960’s and 1970’s and had served on the Inquiry and Disciplinary Committees of the Bar Council. His last held position was a member of the Arbitration and Alternative Dispute Resolution Committee 2006/07.

Khoo Eng Chin was also a member of the special sub-committee set up in 1968 comprising the then Bar Chairman, Mr RR Chelliah, Raja Aziz Addruse and Mr John Skrine to draft the Bar Council’s memorandum for submission to the Parliamentary Select Committee opposing the Bill intended to abolish the right of appeal to the Privy Council in criminal cases and also appeals in any case in which the Federation or any State was a Party and the validity of any law passed by Parliament or the legislature of any State was challenged.

In the 1970’s, Khoo Eng Chin was appointed and served as a temporary Judicial Commissioner.

Khoo Eng Chin was also a sportsman, actively involved in badminton until his mid 50’s, regularly representing the Malaysian Bar in the Annual Bench & Bar Games against Singapore.

Married to Chooi Kut Chan, they have two sons, Andrew and Mark. Khoo Eng Chin was joined at Khoo & Sidhu by both his sons who are Advocates & Solicitors; Andrew in 1986 and Mark in 1988.