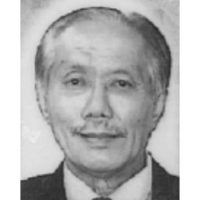 Born in Terengganu on 27th April 1938, he was the eldest of a large family of 11 siblings. He had his primary education in Kuala Terengganu where he excelled in his studies and was also a tennis champion for his State. He was a Terengganu State scholar since his primary school.

In 1956, he was given the opportunity by the Terengganu State to train as a teacher at the Malayan Teachers’ Training College in Brinsford Lodge in Wolverhampton, Birmingham, England. During his time in England, he became the Queen’s Scout and met HM Queen Elizabeth II when he represented Malaya at the Word Jamboree in Windsor.

In 1968, he went on to England to read law at Inner Temple and qualified as a Barrister-at-Law. After being called to the Malaysian Bar, he then went into the corporate world and was the Legal Affairs Manager at Malaysian Airline System during early 70s until early 80s.

However, his love for the law continued and he felt he could practise law and help the community especially in smaller towns. He therefore decided to set up his own practice back in his hometown of Kuala Terengganu and he mainly championed the cause of the community.

Many years later, he was offered a partnership in Messrs Allen & Gledhill, Kuala Lumpur and was there for a few years until he joined Messrs Rithauddin & Azlin, which his son Azlin Khalid was a co-founding partner with Rithauddin Jamaluddin. He was the precedent partner of the firm until the day he passed away due to cancer.

He was always full of life and loves the law. His favourite past time was reading especially the various law reports and books. Some would refer to him as a walking MLJ.

He was much liked by his peers for his willingness, humour and joyful self being. He never failed to put a smile on our faces. He was also a wonderful husband, father and friend. He will be very much missed.