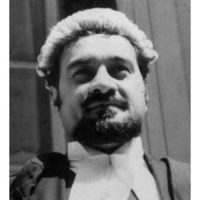 The Honourable Mr. Karpal Singh s/o Ram Singh or rather affectionately known by his constituents and members of the public as “The Tiger of Jelutong” was born on 28 June 1940 in George Town, Penang. He attended St. Xavier’s primary and secondary schools in Penang and thereafter went on his way to read law at the University of Singapore in 1961. He was called to the Bar on 15 January 1969 and has had a career in the legal profession that can only be described as ‘legendary’.

He spent the following 45 years after being called to the Bar by serving the people, dedicating his life to defending the weak, fighting for justice and ensuring that human and constitutional rights were never trampled upon. The tales of his undying will to defend the weak, his generosity, candour and compassion are often spoken of by the lives of those he had touched. The Tiger’s roar will never be silenced.

The cases that he fought for were now landmark decisions that form the basis of our legal system and will continue to cultivate the legal landscape of our jurisprudence. Entire libraries could be filled with cases that he had fought for and his name will be cited for years to come.

He was also an outstanding politician and member of the Legislature and was the DAP National Chairman and a Member of Parliament for Bukit Gelugor for which he was a Member Parliament for eight terms and was also a State Assemblyman in Penang for three terms, having been first elected in 1978.

His will to fight did not sit well with some sects and he was detained several times without trial in 1987 and 1988 under the now repealed Internal Security Act. He also refused to give up and yield to circumstances even when he suffered an accident in 2005 which left him paralysed from the waist down. With the help of his family and friends, the Tiger nursed himself back to health and came back with a bigger roar and carried on with his legal and political work. Mr. Karpal became the first disabled person in Malaysia to be elected twice to Parliament and both times with a landslide victory against his opponents.

Even with so much on his plate and juggling between an active legal practice and looking into the needs of his constituents, Mr. Karpal was a devoted husband to Madam Gurmit Kaur and was a loving father to his five children who have become upstanding citizens in their own right and have followed in their father’s footsteps to serve the people and fight for what is right.

Even though the mighty Mr. Karpal had now left us, his roar and his passion, dedication and love can still be heard and felt by Malaysians who will cherish him eternally as the Tiger and many have been spurred to continue his work and to ensure that his vision and dreams will be kept alive.