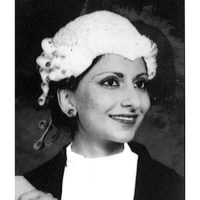 The late Kalvinder Kaur parted us at the prime age of 31 which is the age many at the Bar begin to make their mark. Born on 17 September 1957 in Penang, she received her primary and secondary education in the Assunta school in Petaling Jaya. Attracted to the legal profession, she graduated with a Bachelor of laws honours degree at the University of London in August 1982 and was called to the Bar of the Lincoln’s Inn in July 1983. She returned to Kuala Lumpur with full enthusiasm and after her period of pupillage in the firm of Lawrence Dhillon Associates was called to the Malaysian Bar in June 1984. She practised for a short period in that same firm before returning to London on a British Council scholarship for a masters degree in law at the University College, University of London. She was conferred with the LLM degree in November 1986. She returned to Kuala Lumpur and practised in the legal firms of Nashir Johal and Andrew T C Saw.

With her academic knowledge of the law and her intense commitment for the cause of justice, during her short years in practice she was often disillusioned whenever she felt the law failed to meet the ends of justice. She was very disturbed with the events of the judicial crisis in 1988. She called on some of the affected judges to express her deep concern. She participated in all the activities of the Bar Council in protest over the assault on the independent judges. Tun Salleh Abas, the former Lord President, was one of the many who called at her home and paid his last respects at her funeral.

The late Kalvinder, affectionately known to her friends as Kal, had a humanitarian side to her. On reading the plight of a blind kidney patient, Satjit Singh, who needed a dialysis machine she spared no time to seek the co-operation of the Malay Mail to raise the required funds through public donations. On hearing of her tragic death, Satjit was reported to have said “I’ll never forget her kindness”.

Kindness was second nature to the late Kal. She indeed personified the adage “a friend in need is a friend indeed”. She was full of charm and always cheerful. In his condolence letter to her father, the late Bhag Singh Tugal, the Under Treasurer of Lincoln’s Inn described her ”as a student at Lincoln’s Inn she became very much one of the family, always known as cheerful, happy and friendly girl. We remember her with great affection.”

From the severe injuries she suffered in that tragic motor accident on 30 April 1989 near Oxford in England while on holiday she never recovered despite the efforts by the dedicated medical team at the John Radcliff Hospital in Oxford. She was travel1ing with two other Malaysian friends in the same motorcar. One was another Malaysian lawyer friend, the late Meena Kumar Bhagwandas. She and the other died instantaneously. The late Kal succumbed to her injuries and died on 13 May 1989.

Her tragic and untimely death robbed the Malaysian Bar a budding committed lawyer, her parents a loving daughter, her siblings Davinder Kaur and Satvinder Singh Tugal, both lawyers, an affectionate sister and society a caring and concerned humanitarian.