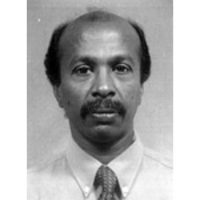 Our late comrade, Karpaya Andiappan, constantly battled poor health, to stay true to this noble profession. He thereby left a legacy that challenges and inspires those who are able and more so, those who are not, to rise above whatever obstacles to achieve excellence in all our endeavours.

His uphill battle began 20 years ago when he was diagnosed with Chronic Pancreatitis. Despite this, he persisted and pursued his higher education, graduating in law from the University of Wolverhampton in 1995, and a little later, obtained his CLP. Being called to the Malaysian Bar in December 2000, made him the first lawyer in his family circle. His family was very proud of him and he pledged to excel.

Ambition driven and eager to constantly improve his skills in the legal profession, he served 2 years in legal firms to learn the ropes of the trade and then began his own practice, KA Karpaya & Associates in 2002. Our late learned Karpaya held to the principles of Human Rights; that no one should be wronged by those in authority. This made him always ready to represent the wronged party. His advice and directions effectively solved numerous legal issues. Thus, attracting clients and friends alike to him for guidance.

He took his work seriously, and himself lightly, paying less attention to his poor health. Many a time he said that he just needed 10 years to carve a niche as an outstanding lawyer. A mere 10 years. But his appeal failed at the highest court of universal life…THE SUPREME COURT OF GOD. Looks like GOD had other plans.

Our late Karpaya, as we know, was soft spoken, well mannered and even tempered in all situations. But this highly ambitious man also had an adventurous and very sociable side.

During his student days, Karpaya has cycled from KL all the way up to Cameron Highlands. In 2002, he climbed Gunung Kinabalu (the highest peak in South East Asia), despite his ill health. As we all know, he had the gift and passion to talk on any topic for hours.

Karpaya’s charitable heart and readiness to help, had at times put him in tight situations. But that did not deter him from actively reaching out to the needy and the underprivileged through The Lions Club of Bangsar and The Tamil Foundation which reflect some of his lifelong social work.
We would have lost a fine person in our profession had Karpaya been successful in his pursuance of a medical ambition prior to his legal career. In the early 70’s, he enrolled at the Arumugam Pillai College, India, for Pre University studies enroute to a medical degree. Poor health landed him in a provincial hospital, where he found cure for his ailment and also a soothing heart full of love. Yes, he met his beloved wife, Pappathy, a nursing sister there. She became his unwavering pillar of strength, support, encouragement and inspiration behind his successes.

After the setback in medicine, the insurance industry and business ventures were other options that attracted him, yet in the corner of his heart he always wanted to become an Advocate and Solicitor. His attention was turned to legal studies. On many occasions he was too ill to continue, but, he persevered and ultimately succeeded. He valued higher education and encouraged others to do likewise. His two sons have inherited this exemplary drive. The elder is a successful engineer with Siemens. The younger is a 4th year Medical Under-Graduate in Russia.

Born as the 4th son to Mr. Andiappan and Palaniayee on 23 September 1948, he was fondly called Alagendra. On 9 July 2005, at age 56, Karpaya begun the ‘mahaprasthana’ (the great journey) to the divine feet of Lord Shiva. He leaves behind his beloved wife, Pappathy; sons, Runesh and Prakesh; mother, Palaniayee; brothers, Nannimuthu, Kamalasegaran and Gunalan, and their wives, nephews and nieces.

Dearest learned brother Karpaya, although you may not be here, you will always be fondly remembered and remain an inspiration to us all.