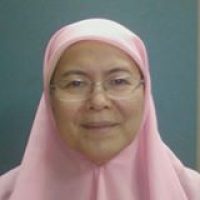 Juriyah @ Juraiyah binti Jamaludin, 66, passed away on 10 September 2015. She was born in Rembau, Negeri Sembilan and received her early education at the primary Malay school Seputeh and the secondary school at Convent Peel Road in Kuala Lumpur. Later she went to study at Universiti Teknologi Mara (UiTM) where she obtained her Diploma in Public Administration in 1981 and LL.B (Hons) in 1990. In 2009, she obtained her LL.M (Banking) from International Islamic University Malaysia.
Juriyah was admitted and enrolled as an Advocate and Solicitor of the High Court of Malaya on 1 September 1995 and was a Registered Agent of Patent, Trademark and Industrial Design from 1997 until 2014. To keep abreast with the development of current laws, Juriyah had attended patent agent courses in Japan and Beijing and various courses and seminars on conveyancing, corporate, intellectual property and Islamic banking laws.

Juriyah joined the law firm of Nashili & Co. as a partner in September 1996. On 1 July 1997, together with one partner, she established her own law firm known as Juriyah Rashidah & Co. The firm then changed its name to the current name of Juriyah Jamaludin & Associates on 16 September 2002. The firm is currently supported by two dedicated and experienced lawyers as well as experienced accounts and administrative staff and has been operating for more than one year from its current premises located at 4-10-6, 10th Floor, PBU Block 4, Jalan Bangsar Utama 5, Bangsar Utama, 59000 Kuala Lumpur.

Juriyah was actively involved in community works at her residential area in Bangsar and was the Secretary to PERWIBA (Persatuan Wanita Islam Masjid Saidina Abu Bakar As Siddiq), Jalan Ara, Bangsar, Kuala Lumpur for three terms (six years). She was also a member of a few non-governmental organisations.

In 1980, Juriyah was awarded the Pingat Pangkuan Negara (PPN) by the Yang DiPertuan Agong.