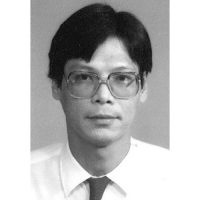 Joseph Loo Shin Mun obtained his Bachelor of Law (Honours) from the University of Singapore in 1971, upon completion of his secondary education at St. John’s Institution, Kuala Lumpur. Subsequent to his graduation, he attended a course in Comparative Contract Laws of the Continental United States as in the Uniform Commercial Code (State Of Massachusetts) at the International and Comparative Law Centre, Texas, USA.

Upon his return, he served his pupillage at Skrine & Co., Kuala Lumpur, prior to his admission as an Advocate & Solicitor of the High Court of Malaya on 2 August 1972. In 1981, he submitted a text on the ‘Crescent Powers in the Islamic League’ in fulfillment of his Master of Laws Programme with the University of California-Berkeley.

In the course of his practice, he had appeared as counsel in the High Courts and Appellate Courts.

Shin Mun is dearly missed by his family and friends.