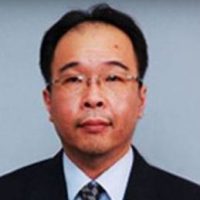 The youngest of three siblings, Jonathan Yoon was born in Johor Bahru on 24 April 1967, in the Chinese Year of the Goat, to Shee Leng and Linda Yoon.

Jonathan’s schooling started at a Kindergarten in Kuala Lumpur called The Good Shepherd Convent, after which he attended St John’s School. In 1979, he followed his two older siblings, Jeannie and Jeffery, to boarding school in England. He attended Caterham School in Surrey, where he was a happy student with an abundance of friends. He loved the arts, showed flair for design, played rugby and took up many extra-curricular activities including taekwondo, squash, scuba diving, skiing and the Duke of Edinburgh youth development scheme, in which he attained the Silver Award. As a senior schoolboy, he was admired for his martial arts prowess, often shielding younger boys from bullies and acting as mentor, confidante and counsel. After completing his ‘O’ and ‘A’ levels at Caterham, he completed a Law Foundation Programme at Warwick University before attending Liverpool University and the University of London. He enjoyed his undergraduate years immensely, and the friendships he made during that time were ones he treasured. Jonathan graduated from his LL.B with honours in November 1992 from The University of London, and then spent six months at the University of Utrecht studying International Law. He completed his Masters in Law at the School of Oriental and African Studies (SOAS) in London in 1993 before returning to Malaysia to be with his family.

Back in Kuala Lumpur, he pursued his passion for the arts by spending several years acting in local theatrical and TV productions, progressing to Stage Management, at which he excelled. This talent, combined with his love of food and cooking, extended to planning and arranging large parties for all manner of family celebrations, including Chinese New Year, birthdays and anniversaries. During this time he also became very involved with off-road challenges in the jungle, spending countless weekends exploring his homeland, accompanying medical staff to remote villages, marshalling for international events, and developing his culinary skills in the field. Socially, he integrated easily into Malaysian culture, treating everyone he met with calm and friendly respect.

However the calling of law, his first profession, caught up with him and he started chambering at Shook Lin and Bok in 1998 before being called to the Malaysian Bar in 1999. During the welcoming ceremony, the High Court Judge announced that he had never before admitted a new member to the Bar fraternity with such a colourful background and diverse range of interests.

Upon his admission as an Advocate and Solicitor of the High Court of Malaya, Jonathan commenced his legal career as a Legal Associate at Shook Lin & Bok in 1999 and a few years later was promoted to the position of Senior Associate. In 2006, after spending close to seven years at Shook Lin & Bok sharpening his legal skills under the tutelage of some of the finest litigation lawyers in the country, Jonathan decided that it was time for a change and joined the dynamic and youthful firm of Sivananthan for a period of time, before taking the bold and courageous decision to set-up his own firm by the name of Messrs Yoon Weng Foong.

Throughout his legal career, Jonathan distinguished himself as an honest and hardworking lawyer who committed himself fully to every case that he handled. He was a trusted legal adviser to his clients and enjoyed his clients’ confidence. He was also well liked by his colleagues at the Malaysian Bar and enjoyed their respect for his legal skills, professionalism and above all else his kind and gentle ways.

Jonathan enjoyed a successful career as an arbitration and litigation practitioner. His arbitration practice saw him involved in several major disputes which required him to travel overseas frequently to places like London, South Korea, Singapore, Thailand and other parts of the world.

Jonathan also served on the Council of the Malaysian Institute of Arbitrators for many years, including two years as the Institute’s Deputy President. As with every endeavour that he undertook, Jonathan committed himself fully to the Institute’s activities and served the Institute with great distinction. His organisational abilities and his charming interpersonal skills were recognised and commended on many occasions. In his memory and in honour of his contributions, the Institute recently decided that its Bi-Annual Debate Series will be named the Jonathan Yoon Debate Series, after him. The inaugural debate which was held in November was a huge success.

Although he was always content to remain in the background and never boasted about his achievements, Jonathan made a huge difference to many peoples’ lives, and his compassion and integrity enriched, empowered and encouraged many. He touched the hearts of all he met with his warm, relaxed personality and special gift of empathy.

The palliative care doctor who looked after him during the final weeks of his life wrote this: “Jonathan was a very dear patient, and his gentle demeanour and kindness touched all of us deeply. He had attained a level of calmness and acceptance that few of my patients could achieve, and he left the world peacefully in the company of all his loved ones.”

The wife of a family friend, herself a trained lawyer, said: “I am so honoured to have known Jonathan. He came to teach us all how to merge with the light, and not fear death.”

And another family friend quoted the physicist and author John Campbell, who wrote this: “To live in hearts we leave behind is not to die.”