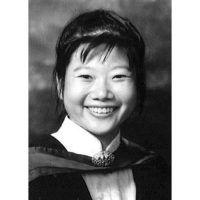 Irene Ong Lee Ling was born on 4 January 1969 and was called to the Malaysian Bar on 12 December 1993. She was, prior to her passing on 22 May 1994, practising with the firm of Shook Lin & Bok and attached to the banking and general litigation department.

Irene had been suffering from systemic lupus erythematosus (SLE) from the age of 16. Episodes of lupus tend to recur over the course of the illness and often lead to problems ranging from fevers to swollen joints to anaemia to kidney failure.

Irene was someone who approached her work with diligence and full commitment. She always rose to the challenge on every occasion. She was constantly motivated by a sense of commitment and drive that resulted in the work produced being over and above that which was ordinarily expected. She was well-liked amongst her peers and highly regarded by her superiors. In respect of her professional attitude, she was someone who was trustworthy, reliable and whose integrity was beyond reproach.

To the people fortunate enough and blessed to have known her on a personal level, Irene will be remembered as one who was ever generous with her time, attention, sense of spirit and was partial to placing others’ interests before hers. Due to her natural optimism, infectious enthusiasm and ease at adapting, she was able to get along and maintained her friendships with almost all that she crossed paths with. She had always been well liked and characteristically formed very deep and lasting friendships.

She never perceived her illness to be inhibiting and instead chose to live life to the fullest. She will be remembered by all who knew her to constantly have a smile and a sunny disposition regardless of the circumstances. Irene will be missed most for her passion for life.

Her departure has left her family and those whose lives she had touched, with a void which remains irreplaceable.