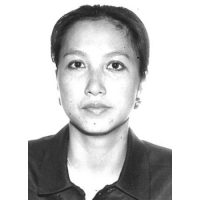 Affectionately known by all as “PY”, she would light up a room when she walked in. Third born in a family of five, graduating from the University of London in 1984 with a Second Class Upper degree and a convocation prize-winning scholar, she reflected the leadership traits of a first born throughout her legal career. No one argued about her brains, everyone acknowledged she had lots, but PY was never selfish in sharing her many talents. She had an uncanny ability to befriend all, and in her time reading in the chambers of Tommy Thomas at Skrine, she would be the one to make newcomers to the world of legal practice feel welcome, a kind of “big sister”. Not surprisingly, she had a flourishing reputation amongst clients and potential clients when she set up her own legal practice, and impressed many particularly with her skills in the specialised area of construction dispute arbitration.

Her friends had a deep appreciation of her ability to be a good friend, and when she married Dennis Lee in 1998, everyone concurred that there could be no more perfect a pair. PY’s boundless energy was something admired, and her reputation as a hardworker did not wane after marriage. With the birth of their first born, Kyra Lee ShanYi, one could detect the same kind of perfection in her caring and bringing up of Kyra as in every other aspect of PY’s life. She brought her legal practice home, maintained a perfect balance between motherhood and legal practice, and raised a secure and happy child.

She was always ahead of us, dear PY, but in the one respect where we did not wish her to be ahead, we had no choice. Everything about her was about living life to its fullest, and though we wish not, she left, having brought in a new life, her beautiful baby, Sasha Lee PauYu, but leaving her family and all her friends missing her.

Pau Yu read in the chambers of Tommy Thomas and from very early on, gained exposure to complex principles of corporate and commercial law. She was of great assistance to Tommy and John Chadwick QC in the case of Lian Keow S/B (in liquidation) & Anor v Overseas Credit Finance (M) S/B & Ors (1988) 2 MLJ 450 getting her name into law reports on a Supreme Court appeal at a very early stage of her career.

After a year or so dealing with corporate and commercial matters, she ventured into the troubled areas of building and civil engineering dispute resolution, working with me in the construction unit of Skrine, which was then in its infancy.

She provided her mettle very quickly, getting involved in two major arbitrations as soon as she joined the unit. One of these was a matter involving French clients against a local power supply company before a foreign arbitrator. Her ability to work long hours, including Cinderella stretches, on a trot and at the same time keeping her cheerful disposition was remarkable both to her colleagues as well as her clients. Indeed, Pau Yu’s cheerful disposition is a constant memory. She was always smiling whatever the pressure, whatever the stresses.

Her sense of humour manifested itself on various occasions, including one, when she and I were tramping around a hilly and cleared construction site where work had been abandoned and loose debris was abundant. She speculated on her new high heeled shoes being damaged during the traipse as being part of the loss and expense claim to be made against the defaulting party.

It was of some regret to me when Pau Yu left Skrine for Singapore but she carried with her the best wishes from all who had had occasion to know her at Skrine for her eventual successful career which saw her forming the firm of P.Y. Hoh and Tai. The news of her passing was shattering.

I met Hoh Pau Yu around January 1986 at a netball court. She was a pupil with Skrine & Co., and had dutifully come for her first practice. To our surprise, she not only made the team that played against the Singapore Bar & Bench team that year, but came back year after year to play for the Malaysian Bar & Bench team. She was invaluable to the team. She came for all practices, often earlier than others, and stayed even after sundown, practising her shooting, realising the crucial role she played as a Goal Shooter. She knew the team depended on her accurately putting into the net, every ball passed to her. She won most, if not all the games she played in, and many with wide margins.

She also excelled in golf and emerged as the Nett Champion in the K.L. Bar Golf Closed Competition in 1994.

I knew Pau Yu also outside of netball. She was always, as she was at netball, supportive of her friends, focused, and completely unselfish.

I would say that the Bar has lost an outstanding member with Pau Yu’s untimely demise. But I am confident that her record and reputation will survive her, and that all of those who have had contact with Pau Yu – whether it be playing or working or just being with her, will remember her quiet strength, her consideration for others, and her generosity of self.

Pau Yu was a well-known legal personality in the construction industry. More importantly, well respected for her skills and her integrity. The industry mourns the loss of her contribution. Pau Yu is best remembered as a vivacious lawyer in an industry steeped in mud and dominated by men. I think that most who knew and worked with her will agree that she was a breath of fresh air. But sadly for all, despite her skills and personality she was not to be with us long enough. Her departure was as much a shock for her family as for her colleagues.

Pau Yu was more than just a partner to me, she was foremost a friend. Never during the tenure of our partnership of eight years was there any mistrust between us and we conducted ourselves with mutual respect. She was a dedicated worker, always giving her 100% in any endeavour that she embarked on and was much admired and well liked by clients and friends alike. Being a true professional and never compromising on her principles of justice and fair play, she upheld her integrity and sense of morality fiercely and independently. However she never lacked patience in listening to what others had to say and would accommodate another, albeit always never compromising on her principles. It is her sense of dedication, her honesty, her sense of fairness and most of all, her kindness that I will cherish always.

I miss my partner and my dear friend dearly.