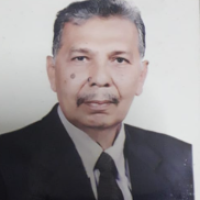 As a young prison warder, Hj Md Sharif Yusoff thought, and, rightly so, that he was starting a career dealing with citizens deemed to be law breakers.

As it turned out, he secured a front-row seat to hear out the voluble conversations waged by politicians – he was assigned to the Kamunting Detention Centre near the wondrous town of Taiping. A number of prominent politicians were incarcerated in Kamunting, back in the 1970s, when the youngish Hj Md Shariff launched his career, and, simultaneously, he was returning to school.

Inmates at Kamunting, the likes of the late Tan Sri Abdullah Ahmad to Dato Seri Anwar Ibrahim were themselves deepening their knowledge and armory. It was a perfect university for Hj Md Shariff.

Hj Md Shariff was 25 when he was inducted into the Prisons Department. He was a late starter, certainly. It was also a miraculous feat for he had skipped secondary school

At age 12 – 13, growing up in Alor Star, he was taking a fair bit of time to focus on his studies. There were other pursuits. He wasn’t a bad singer. He was into movies. Those who grew up with him, including family members, love recounting big moments of his Alor Star episode. Firstly, he skipped school, for, it must have been terribly mundane. Two, he was a fine goalkeeper and, an outstanding narrator for those who missed watching his goalkeeping exploits. In any case, those who missed watching the latest movies would not be sulking endlessly. Hj Md Shariff would act out the big scenes and recount the dialogues.

Hj Md Shariff’s most cherished skill-set must have been the sound effect of movies that he studied diligently to be reproduced for his admiring audience. Coinciding with his career launch, Hj Md Shariff was revisiting his studies in Taiping-Kamunting. Back in Kedah he had sat and passed his Malaysian Certificate of Education (MCE) and Lower Certificate of Education (LCE) as a private candidate.

Children of prison warders who had the opportunity of having Hj Md Shariff as their tutor described the man as a “genius”. A 61-year-old Mass Communications graduate who retired as a general manager at the Employees Provident Fund said Hj Md Shariff was his Mathematics tutor in Taiping.

Hj Md Shariff was a learned man and endeavoured endlessly to deepen his knowledge.

The quest to better himself took off right after he joined the Prisons Department in 1972. He sat for the Higher Secondary Certificate (HSC) and soon enrolled into a year-long Diploma in Counselling programme.

Hj Md Shariff was in the meantime transferred to Pengkalan Chepa and eventually to Kajang.

He was assigned, fittingly, to the Prisons College (Maktab Penjara) in Kajang. Indeed, the pursuit of knowledge and sharing them were fundamental traits of his DNA.

Soon, a deep interest in law saw him enrolling in law studies as a part-time student at the Universiti Teknologi MARA (UiTM). Juggling his routines as a Prisons officer and as a law student, the travels from Kajang to Shah Alam, were never going to be seamless. Hj Md Shariff was in his fifties when he decided to study law.

Hj Md Shariff had his share of health scares and issues. The first major issue, critically, was a heart ailment. He was on his routine brisk walk when the heart signaled it was time to rush to the hospital. His first visit to the IJN quickly followed. Hj Md Shariff went through a bypass surgery in 1995, at age 47.

This life-changing moment came before he decided to embark on his law studies, when it would be fitting, in the reckoning of some, to saunter through the remainder of one’s career.

There were, additionally, the usual frailties of negotiating life at this stage. His wife went through surgery. A big inspiration came when his only daughter, Nor Amani, signed up as a full-time student at UiTM when Hj Md Shariff was pursuing his law studies.

Written By,
The family of Hj Md Sharif Yusoff