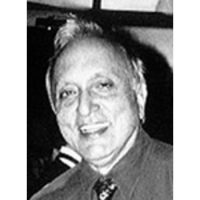 As a man and a lawyer, Hira’s demise is a great loss not only to the Bar but to his family and friends as well. He will be greatly missed by those who knew him well.

Hira was born in the village of Dhunda, Punjab in India on 21 September 1938 and came to Malaya in 1939. He had a difficult childhood as he lost his father at a tender age and had to support himself and his widowed mother by working part time at various odd jobs such as petrol pump attendant, watchman and junior laboratory assistant while still pursuing his studies. After completing Form Six he left for the United Kingdom for teachers’ training in Brinsford Lodge in 1960 and obtained his certificate in Education from the University of Birmingham in 1962. Upon his return, he taught at Anderson School Ipoh till he left for England as a Federal scholar to read law at the College of Law, Chancery Lane, London.

On 13 October 1969, Hira was admitted to the Honourable Society of Lincoln’s Inn. He was an active scholar while he was in England and together with other progressive law students formed the Kesatuan Penuntut Undang-Undang Malaysia in Britain and EIRE in September 1970, a multiracial, non-political law society which is still active till today. Hira was the inaugural president.

On 18 July 1974, Hira was called to the English Bar and later joined the Judicial and Legal Service when he returned to Malaysia. I first got to know Hira when I was serving as a Magistrate in the Magistrates’ Courts in Ipoh. On my transfer to Teluk Intan, Hira was appointed to take over my position. From then on Hira and I became good friends and later colleagues at the Bar.

In 1975, Hira married Asbir Kaur, who is also a fellow member of the Bar. Hira left the Judicial and Legal Service in 1982 and was admitted as an Advocate and Solicitor of the High Court of Malaya on 27 February 1982. He then joined his wife and became a partner in Asbir, Hira Singh & Co. Hira was the proud father of 2 daughters and a son. Both daughters, Anit and Navit are also Advocates & Solicitors and are now practising in Asbir, Hira Singh & Co. while his son, Hanmol is an investment banker with Rothschild.

During his career as a legal practitioner, Hira had appeared and argued before the Malaysian Courts at all levels and also at the Privy Council. Besides that, Hira was also consulted on several international trade disputes in the United Kingdom, Australia, Hong Kong, Singapore and Germany.

No point of law was too small and no jurisdiction was too remote to be researched and he knew his library well. To start his research on the law applicable, he would look into his “core” books behind his desk.

There were also reports on Hira’s cases in the Current Law Journal and these include Dial Kaur d/o Tara Singh v Mann Foong Realty Sdn Bhd and Asiah bte Kamsah v Dr. Awtar Singh & 2 Ors. Further, one of Hira’s cases, Che Wan Development Sdn Bhd v Co-Operative Central Bank Ltd has been reported in the Australian Corporation Law and Securities Reports for the year 1990 and was reviewed in the Australian Corporation Law Bulletin for the month of June 1990 and the Halsbury Laws of England Monthly Review for the month of September 1990.

Hira had always insisted that all bundles of documents and authorities be well prepared. He appreciated good work by his associates and was quick to compliment when satisfied. He always had time for members of the Bar who wanted to discuss the law or had a problem to bounce off him.

Sadly, Hira’s health began to deteriorate after mid 2000. Despite his ailing health, he continued to practise and fought for his clients till May 2001 and continued coming to the office till May 2002. I believe Hira had enjoyed his life to the fullest practising as a lawyer. Law was his passion and he demonstrated his love for it in his outstanding performances in the Courts. Hira was man who did not know the meaning of the word “impossible” as everything to him was possible and could be achieved.

Mr Hira Singh, you have left your footprints in our lives. They will not be erased but shall be cherished always by your family and friends.