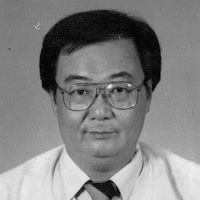 The late Henry Lee was admitted to the Malaysian Bar in the early 1970s. He graduated from Lincoln’s Inn. He married Madam Liew Mey Eng in 1974 and they have 3 children.

Henry was in practice for 38 years; his former partner was Mr Ling Fook Hing who had passed away in 1976. In his early practice in the 1970s, Henry was involved in litigation matters but towards the later part he had concentrated on conveyancing matters.

Henry had stood as a candidate in the general election on 3 occasions in the 1980s under the DAP but was unsuccessful.

Apart from his legal practice, Henry was a legal adviser and consultant for the construction industries and several Chinese Associations for many years.

Henry was also a keen guitarist and in fact had his own band of musicians. He just loved to play the guitar and had a good collection of guitars too. It was his hobby and at times he would hold a guitar even in his sleep.

Henry worked until his last breath on 16 April 2012 when he suffered a fatal heart attack and passed away at the age of 65.