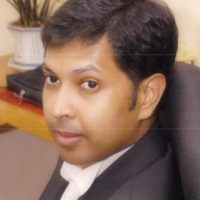 On the 17th of October 1973, a child was born. Accompanied by the usual frenzy that ushers in a new birth, he arrived, this tiny package, into a world complete with two loving parents and a slightly jealous sibling. Story has it that in the early days, there were some concerted efforts at homicide, by the said sibling, usually armed with the ineffective weapon that was a tin of Cuticura powder. Nevertheless, our newborn survived the onslaught and proceeded to grow apace.

This at least was the story narrated to me of my brother’s birth and my alleged attempts to be rid of him. I for one am really glad that I failed. For over the years there grew between us a bond of brotherhood and shared experiences. Things were never always rosy, as it never is amongst young boys growing up together. We had our fair share of fights but through it all, we were brothers!

Govin was always a determined person and even in childhood, this was evident. He always had a sense of what he wanted to achieve in life and what was important to him. He was a kind child, loving, giving and full of joy. He had as well a deep sense of what was right and wrong and a devout streak. He believed that God had a plan for all of us.

As Govin embarked into adulthood, he always kept his sights on these beliefs and maybe it propelled him to choose a career in law, where he had the possibility to apply those beliefs and help those in need.

Govin was also a keen traveller, eager to see new places and he had a fine appreciation for the finer things in life. He was a great purveyor of antiquities and found the greatest joy in browsing exotic objects in far off places, looking for those treasure that called out to his artistic soul. He is now free to wander and explore even further than realms of our mortal bonds and I wish him joy in all his travels and adventures that are now open to him.

Govin had many dreams as well. He wanted to help the less fortunate and he did as much as he could when alive by visiting orphanages and old folk homes and contributing to charities. I know that he would have done more if he had been with us still, but perhaps he will continue to do so now in ways that defies our understanding. For I truly believe that he may now number among God’s helpers as he was such a good person.

On the home front, Govin has always been a blessing to my parents. He was a wonderful son, who always looked after them and made sure that they had no wants. He was always on hand, calling them every day to make sure that they were fine, taking them on trips abroad, ensuring that they had all that they needed at home and being their constant comfort and companion. A son such as he was to them, is hard to come by.

As an uncle, he adored my daughter, his only niece and was kind and fun to be with. It’s a pity that I live abroad, as this reduced the amount of contact they had, but my daughter has fond memories of him and how he played with her and the wonderful parties he threw for her. My wife too has known Govin for a long time. The two of them had a bond of friendship that stretches back to when we were kids (my wife and I were 11 when we met and Govin was 9). She has many memories of Govin and her sense of loss cannot be expressed by words.

We are each in our own way, trying to rationalise and deal with our loss. Not just the family, but also his many close and dear friends, whose lives, he had touched. Govin had the huge capacity to affect your life and he often did. None of us could have imagined a life without Govin in it, because somehow, he was such a solid fixture in our lives and we always took for granted that he was always going to be there.

To not be able to pick up the phone and hear his voice any more, to not be able to see him any more… it’s so unreal and has yet to sink in. Yet time they say heals all wounds, though too little time has actually passed for us to be able to verify that. I suspect that it’s not true and that the pain of his loss will be with us always, but the edge wears off with time and so we will not feel the pain as sharply. Nevertheless, we need to see the beauty that was his life and appreciate the time that God has allowed us to be with him.

I for one thank God that I had the privilege of being his brother and I know that my parents could not have asked for a better son.

Thus, on the 29th of July 2009, a much beloved brother and son, returned home to his rightful place at the feet of God.

To all his friends and colleagues from the Malaysian Bar, we, his family would like to thank you for this honour done in Govin’s memory.

It has been about two months since the passing of my dear friend, Govin, and I can’t help but wonder whether the passage of time can ease the sorrow of losing one so dear to me. I have yet to come to terms with his passing, which was swift and quite sudden. The tears have not stopped flowing and as the reality of losing him slowly sinks in, it is apparent that he has left a void in our lives and hearts. There is now a sense of emptiness and sorrow, where once I could see the humour in life. Recovering from Govin’s death will be one of the greatest challenges of my life.

It was some 18 years ago when I happened to sit beside this quiet and reserved boy during our A-Levels class. Little did I know that as we spent the next 4 years together as college mates during law school, practically sharing every meal and tea break together, that this young boy would become an important figure in my life.

What was it about this charming young man that we will miss so deeply and remember the most? Was it his quiet and soft spoken manner? Or was it his sensitivity and compassion towards the less fortunate? Govin was a remarkable person. He was my confidant and my best friend! Govin was a person whom you could turn to, at any time of the day, to lend you his ears.

In his 35 years here, though short, Govin had achieved so much more professionally and personally than most of his peers. He was an achiever who would not settle for second best in any endeavour. Already a successful partner in a reputable law firm, he was ready to take his career to the next level by pursuing the mediation course at the Bar Council. And he achieved all this without sacrificing his principles and beliefs. Though he was soft spoken and courteous, he was combative and tough in Court. I will surely miss running into him in the hallways at Court.

Despite his success and material wealth, he remained a humble, compassionate and warm hearted person. He was also a very religious person who would faithfully fulfill his annual pilgrimage in India.

Those of you who knew him well, will certainly agree with me that his two greatest passions in life were his quest for antiques and artefacts and his love for travel. And mind you, his collection of antiques and artefacts were not your ordinary souvenir shop purchases. These were pieces dating back some centuries and came with a hefty price tag. They were a source of great pride for him and I’d often tease him about his home being more of an art gallery than a residence.

His travel took him on excursions to ancient temples and countries rich in history, tradition and culture. And he spoke of his travels and artefacts like a child in a toy store which I found very captivating.

Not only was Govin a devoted son and a reliable brother and brother in law, he was a much adored uncle to his only niece. He was such a sweet and considerate child. Having lived on his own for some time, he was always concerned about the well being of his parents. A son any mother would have been proud to have. I think the sweetest thing Govin had ever done was to treat his mother to a getaway at a resort in Bali for her birthday last year. And when he related his plans to me, I had teased him about being the perfect son!

Moments after being diagnosed with cancer, Govin called me to relate this news to me. As I received this in disbelief, he told me “Don’t worry, I’m not going anywhere. I have years to live”. And yet, within months he was gone. I admire his strength and courage in the face of such adversity. I had bumped into Govin a week before this devastating discovery, and looking back, I wish that I could’ve held on to that moment, for it was the last time I saw him healthy and carefree.

There is a saying: “If you live each day as if it was your last, someday you’ll most certainly be right”. I know Govin led his life with no regrets. And as much as I mourn his loss, I also celebrate his colourful life. For indeed, my dear friend had a good life. He has now left me and all those around with a lifetime of memories to cherish. He has gone, but he will live on in the hearts and minds of the people he has touched and his spirit shall shine eternally.

Farewell Govin… may you rest in peace.