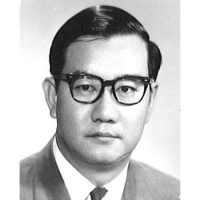 The late Eugene Lye was born on 20 February 1929. He was admitted to the Honorable Society of the Middle Temple in September 1952 and as an Advocate & Solicitor of the High Court of Malaya on 5 February 1954. He practiced as a Sole Proprietor under Eugene Lye & Co until his demised on 7 September 1995.