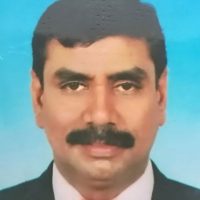 A man who dedicated his life to public service.

Dr Gopenathan Raman Nair was born in Raub, Pahang on 23 January 1955. He received his early education at Sek. Keb. Mahmood, Raub. Upon completing upper secondary school, he embarked on a career with the Malaysian Police Force as an Inspector at the Jalan Dang Wangi Police Station, Kuala Lumpur.

Following a short stint with the Malaysian Police Force, he enrolled with the Malaysian Teachers Training Institute in Melaka, pursuing a deep-seated aspiration to become an educator. Graduating from the institute in 1982, Dr Nair then assumed his first posting as a teacher at Sek. Keb. Triang, Pahang. This was the beginning of his excellent and admirable journey in public service.

Finding a strong sense of purpose in his role as an educator, Dr Nair dedicated his life to teaching and helping students uncover their potential. Driven by passion to empower especially underprivileged children with education in order to transform their lives, he spent his early years as a teacher toiling to assist young adults realise their dreams. He is fondly remembered by students in all the schools he served – Sek. Men. Paloh – Johor, Sek. Men. Vivekananda – Brickfields, Methodist Boys School – KL, Sek. Men. Taman Desa. When he retired from the teaching service, he was the Senior Assistant at Sek. Men. Bangsar.

Dr Nair was also a diligent champion of social causes. Some of the social and communal institutions he served included PEMADAM, NUTP, CUEPACS, Election Commission of Malaysia, Malaysian Military Reserve Force, Malaysian Police Reserve and the National Police Cadet. He was also a Registrar of Marriages.

With a strong and active record of community service, in 2003 he was appointed as a Commissioner for Oaths after completing his Doctoral Degree. It was an important milestone for him as he saw this as yet another way to give back to society.

Dr Nair’s ways were truly special. His kindness and generosity earned him much respect from many people. Always trying to find ways to help disadvantaged children, economically challenged families, physically challenged individuals and the homeless, he gave what he could and thanked those who helped him. Till the age of 60, he upheld his passion to teach and serve the community in line with his core belief to “always help make a positive difference in a person’s life”.

It soon became obvious that Dr Nair belonged to the Malaysian Bar. In 2006, he joined the Malaysian Bar starting his own practice, Nair & Co. He was ever ready to share his knowledge with colleagues at the Malaysian Bar as he would as a teacher back in school. Consequently in 2010, Dr Nair was appointed by the Bar as a tribunal member to superintend disciplinary issues of its members’.

Dr Nair was a deeply religious person. He performed his obligations yearly and extended charity to a shrine in Kerala, India.

Dr Nair passed away unexpectedly on 5 February 2017. The news came across as shocking to all who knew him. He was a devoted husband and always loved nothing more than family gatherings.

The Malaysian Bar has lost a spirited member. Those whose lives he touched lost a devoted mentor and his family lost a great husband, brother, uncle and granduncle.

A wonderful man has gone too soon. It was indeed a blessing to have known him. Dr Nair always will remain in our hearts.