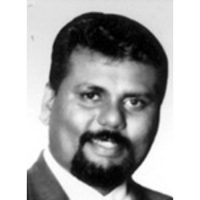 Divakaran (Diva as he is fondly known as) obtained his Bachelor of Laws (Honours) Degree from the University Of London in 1991, upon completion of his secondary education at La Salle Secondary School in Petaling Jaya. He pursued the Certificate in Legal Practice at University Malaya and obtained his CLP in 1994.

Thereafter, he proceeded to read in chambers at Paul Ang & Co in Petaling Jaya, and was enrolled as an Advocate & Solicitor of the High Court of Malaya in August 1995.

Born in a small town from the east coast, his father was with the government service and Diva grew up steadfast and sturdy in character. For many, his sudden passing was a shock, because Diva was so much a part of so many people’s lives.

He gave comfort to those who were wary or insecure of themselves and the world we lived in. His 6-foot presence belied his pacifying demeanour, always brandishing a smile even in the most difficult of circumstances.

Diva was a loving man and father, and he spoke freely and fondly of his immediate family to all and sundry. An upright gentleman, he loved his ale, like any other stouthearted man of his age. He never boasted of his accomplishments and he never regaled of his successes, eventhough there were many in his short time with us on this earth.

As a lawyer, he carved a niche in the legal fraternity for taking on cases which seemed lost causes and turned them into a personal portfolio of noteworthy achievements. In 2001, he took on the case of a remisier charged with contravening the Industrial Securities Act, and turned it around on a well researched technicality. The following year, he defended a youth charged with the murder of a fellow student, a controversial case having racial undertones.

His uncanny ability to look into the finer details of a case and leaving no stones unturned, coupled with his firm and aggressive pursuit of the truth, earned him respect from his peers and Judges alike.

Amongst his closest friends, Diva always personified the traits of a true friend; one who could turn any unpleasant experience into an occasion to laugh about. In all his simplicity, he preached the uncommon wisdom of being able to laugh at one’s self, for only then would one be able to appreciate the true nature of others. Professing that life was a wondrous journey of experiences, he firmly believed that we receive from life what we were prepared to put into it.

Perhaps this is how Diva will always be remembered.

Only after his passing did one realise the enormity of the burden and responsibility he carried for many around him, in his unflinching quest for justice and compassion.

He is best spoken of by those he has left behind and the deeds he has done to change the lives of those who sought his refuge and counsel. Diva will remain a man of miracles to many.

Born on 14 October 1968, Divakaran Nair passed away on 16 May 2004, in an accident. He leaves behind his parents, his beloved wife and two children.

Written By,
Ham and Mike