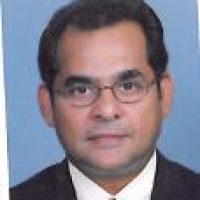 The late Dato’ Seri Dr N. Krishna Moorthy a/l S. A. Navaratnam was born on 4 November 1960. He read law at the University of Malaya and was admitted as an Advocate & Solicitor of the High Court of Malaya on 1 March 2007.

The late Dato’ Seri Dr N. Krishna Moorthy a/l S. A. Navaratnam passed away on 10 October 2021 and at the time of his demise was practising as a partner in the law firm of Fauzi Ngah & Neasa, Kuala Lumpur. He will be fondly remembered in the hearts of his loved ones

My heartfelt condolences on the demise of my beloved partner Dato Seri N.Krishna Moorthy a/l Navaratnam .A dynamic, helpful, caring, responsible and loving person suddenly left all of us but he will always be remembered as a good friend and partner of Fauzi Ngah & Neasa. May he Rest In Peace. I also take this opportunity to extend my deepest condolences to Carroll & Nava Shern and his other family members. Neasa.

Dato’ Seri Dr N. Krishna Moorthy a/l S. A. Navaratnam (or “DSK”, as he was fondly known in the firm) had an illustrious career in legal practice, having admitted as an advocate and solicitor of the High Court of Malaya in 2007 and was a partner of Messrs Fauzi Ngah & Neasa since then.

DSK graduated from the UK in 1981 with an Engineering Degree and upon realising that his calling was elsewhere, he obtained his second Degree in Law from the University of Malaya. Out of overwhelming passion to develop himself through education, he did not stop at that and pursued his quest to obtain his Masters and his Doctorate in business Law. He was awarded a ‘Fellow’ from Oxford UK and bestowed the title of ‘Dato’ Seri’ in the year 2014.

For those who were privileged to know DSK closely for many years, he was renowned for his deep learning, powerful legal intellect and quality of thought and unfailing courtesy. He was an avid administrator of the firm, who specializes in most areas of litigation with profound advocacy skills.

His professional career aside, he was a very cheerful man who was dearly loved by all in his rather big social group of friends.

DSK lead a very active lifestyle and was interested in many forms of sport. He was a regular golfer and hasher. He was an active member of Hash House Harriers and mooted the Malaysian Bar Hash Run.

We were truly privileged to have had DSK as part of our family in Fauzi Ngah & Neasa.

We express our deepest condolences to DSK’s family and he will always be fondly remembered by all of us. May his soul rest in eternal peace