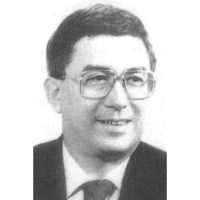 We are gathered here on a sad occasion to pay tribute to the memory of an illustrious son of the Malaysian Bar.

On the evening of 25 March, Ronald Khoo Teng Swee breathed his last at the relative early age of 59. But death was painless, and came swiftly to take him away after he suffered heart failure the day before.

Dato’ Ronald Khoo Teng Swee, popularly known as Ronnie, was a very senior member of the Malaysian Bar having been an advocate and solicitor for 35 years. At the time of his death, he was the Senior Partner of Messrs Shearn Delamore & Co at Kuala Lumpur.

He was born in England on 22 September, 1938. He was the eldest son of the late Mr Edward Khoo Boo Pee and Mrs Margery Khoo. His father was himself an Advocate & Solicitor and a Barrister of the Middle Temple, London.

In recognition of his seniority and ability he was appointed by the then Lord President as one of the Judicial Commissioners on circuit from 1981 – 1983 sitting in the High Courts in Kuantan, Malacca, Seremban and Penang.

He was a man of varied interests, and law was not his only pursuit. The other interest close to his heart was horse racing. He was a member of the Committee of the Selangor Turf Club since 1980 and was appointed its Chairman in 1987. He served in that capacity until his demise. Indeed it was at the Club that he last took ill whilst discharging his duty as the President of the Club.

In his younger days I am told he was an all-round sportsman. He represented the State of Selangor in soccer and athletics. He was the patron of the Malaysian Veteran Athletics Society. Being a keen sportsman he was one of the lawyers instrumental in inaugurating in 1969 the Singapore-Malaysia Bench and Bar Games that has today in his lifetime seen its restoration to its former status after a lapse of 10 years.

On the business front, he was actively involved in the corporate sector. He sat on the Board of many public listed and non-listed companies which included Kuala Lumpur City Centre Bhd, Dataprep Holdings Bhd, Tarmac Malaysia Sdn Bhd and Triumph Malaysia Sdn Bhd.

At the Bar he was known for his immense personal charm and friendliness. There was a spirit of gaiety about him that infected all those around him.

He carried this charm in his advocacy that was noted for its gentleness and polish. He was not given to the legal grindstone, but his advocacy was always full and persuasive. He was very much a Judge’s lawyer. I have seen him often in the appellate courts in the seventies and eighties, and never once on those occasions did he provoke the ire of the judges. They were almost always apologetic when they could not agree with him.

In his charm and advocacy there is much to compare between him and the great English barrister, F.E. Smith. They were both dashing, great advocates, but died before reaching 60 years of age. Theirs was a career which like a meteor in the night sky was brief but bright. Churchill said of F.E. Smith at the latter’s death:

Some men when they die after busy, toilsome, successful lives
leave a great stock of scrip and securities, of acres or factories
or the goodwill of large undertakings.
F.E. banked his treasure in the heart of his friends, and there
they will cherish his memory till their time is come.

These words could apply just as aptly to Ronnie, who leaves behind a great body of friends and an even greater fund of goodwill.

It was Rabindranath Tagore who said:

Death is not extinguishing the light, it is only putting out the lamp because the dawn has come.

And so it is as Ronnie leaves us that he re-opens for the Bar a past tradition that had been extinct for many years now.

I refer to the practice of references itself. It is almost 10 years since the last reference was held in our Courts, and with it ended one of the cherished traditions that set the legal profession apart from the other professions. The practice of references for deceased Judges and lawyers served to remind us that we belong to one body with one objective, namely, the pursuit of justice through the legal process. In that collective effort, governed by the unwritten rules of etiquette and tradition which are just as important as the written ones, the death of one of us diminishes the whole, and so we gather to mourn the loss, to pay tribute and remind ourselves that the journey must be made and the faith must be kept.

The reference this morning is called “a special reference”. It is the earnest hope of the Bar Council that this practice may be fully restored in the months to come and that we may recover for ourselves all the traditions that once governed our honourable profession.

I would like to especially thank the Honourable Attorney-General Tan Sri Dato’ Mohtar Abdullah for his initiative and support for the holding of this Reference, and the Honourable Chief Justice YAA Tun Eusoff Chin for agreeing to the proposal.

In conclusion, I would like to say that the Malaysian Bar and in particular those of us who knew the late Dato’ Ronald Khoo well will miss a dear friend and great lawyer who had led and served the Bar well.

On behalf of the members of the Malaysian Bar and the Bar Council and the F.T. Bar Committee, I extend to his mother, Mrs Margery Khoo, his widow Datin Shirley Therese Khoo and his two sons Edward and Leonard our heartfelt condolences. A devout Christian, Ronnie and his dear family would know that death is not without hope.

And so in bidding farewell, we may echo the haunting words of Tennyson in “Crossing the Bar”:

Sunset and evening star,
And one clear call for me,
And may there be no moaning of the bar,
When I put out to sea,
For tho’ from out our bourne of Time and Place,
The flood may bear me far,
I hope to see my Pilot face to face,
When I have crost the bar.

Speech delivered by Dato’ Dr Cyrus Das, President of the Malaysian Bar at the Reference held on 25 April 1998 in memory of the late Dato’ Ronald Khoo