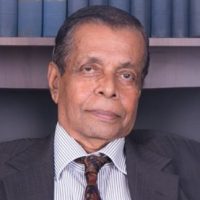 In the name of Allah, the Most Gracious and the Most Merciful, I would like to start this recitation by giving our appreciation and gratitude to the Kuala Lumpur Bar Committee for this service to my late father, Allahyarham Dato’ Haji Abdul Rahman bin Abdullah.

Allahyarham was the founder of Abdul Rahman & Partners and was in legal practice for more than 30 years. He possessed significant experience in Litigation & Dispute Resolution matters, especially in debt recovery and collection assignments, and Islamic Finance & Takaful matters.

Prior to legal practice, Allahyarham held a senior government position as the Superintendent of Customs in the Royal Malaysian Customs Department. During his service with the Royal Malaysian Customs Department, he was tasked with various criminal prosecutions and attended management courses both locally and abroad and has delivered numerous lectures upon invitation at the Customs Staff Training Academy.

Allahyarham graduated with a Bachelor of Arts in Economics (Hons) in 1972 from the prestigious national university, University of Malaya. After which, he pursued part time legal studies through the University of London and then read law at the University of Canterbury, New Zealand and was admitted as an Advocate and Solicitor of the High Court of Malaya on 21 September 1985. In addition to obtaining degrees in Economics and Law, he was also professionally qualified in Marketing Management and Public Relations. His career in Syariah commenced subsequent to obtaining a Diploma in Syariah Law (DSLP) from the International Islamic University Malaysia.

Allahyarham was also a part-time lecturer at the University Technology MARA, Shah Alam and had taught Company Law to Diploma Law students even upon the commencement of his practice in 1985.

Abdul Rahman & Partners, is what we are today, rose from its humble beginnings as a sole proprietorship in the small district of Batu Pahat in 1985 to a commendable outfit via branches spanning the southern states in Peninsula Malaysia, namely Pontian in 1988, Melaka in 1999, Johor Bahru in 2001 and Kuala Lumpur in 2007, largely due to the hard work and credibility built up by its founder and our father, Allahyarham Dato’ Haji Abdul Rahman bin Abdullah. Allahyarham built Abdul Rahman & Partners embracing his philosophies, approaches and fortune of experience in rethinking legal complexities and crafting solutions that meet the clients’ commercial objectives.

In 1974, Allahyarham married Datin Eshah binti Ariffin and was blessed with two sons, Ezam Shah and Edham Reza Shah and a daughter, Ena Suzanna. His two sons followed his footsteps and went on to join the legal fraternity as Advocates & Solicitors in 2000 and 2005, respectively.

Allahyarham was a good husband, daddy to his children, the “Boss” to his staff, a mentor to those who knew him. He has many social friends since he has a deep passion for orchids, Mother Nature and classic cars. He established the first Volkswagen Club in Johore back in 1988. He was also an active member of the History Association of Batu Pahat and also the Orchid Society of Singapore. He is no longer with us but his legacy will live on. He is greatly missed by all of us.

He was loved and feared by equal measures by his staff but one thing he was not unkind. His kindness inspired fierce respect and loyalty in even the humblest of his staff and his circle of friends. He was direct in his speech and when you least expect it, would be laden with his own brand of humour. His critics made people around him feel uncomfortable but it was all done in a positive manner. Conversations with him would always be educational, be it in matters of life or legal practice.

May Allah bless our father and one of his meaningful legacies, Abdul Rahman & Partners.