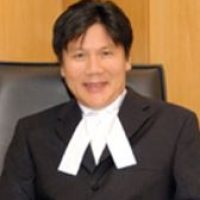 Dato’ Choong Phooi Ying or PY as he was fondly known, was born on 11 November 1952 in the sleepy town of Teluk Intan, Perak. He was the third eldest son in a family of five siblings. PY attended the Anglo-Chinese Boys School Ipoh in his younger days, where he excelled academically, was an avid sportsman and even a stage actor. He had left such an impression on his teachers that many of them still remember him till this day and would recount with fondness his exploits. After finishing his secondary education in ACS Ipoh, PY was subsequently offered a place with the University of Singapore in 1972 where he graduated with Honours in 1976. As in ACS Ipoh, PY left his own unique mark in University, especially amongst his peers and seniors in the halls of residence where he stayed, the famous Raffles Hall. Although PY was fond of Singapore and had always had words of fondness of the time he spent his formative years there, PY was always a Malaysian at heart and decided to return to Malaysia to start his legal career after he completed his law degree in Singapore. PY was admitted and enrolled as an Advocate & Solicitor of the High Court of Malaya in 1976 and he never looked back. He completed his pupillage with Michael Chen & Lee and continued to gain experience as a legal assistant there for one year doing litigation and conveyancing work. At the young age of 25, PY decided to strike out on his own and to build a legal career for himself. With a firm belief and confidence that he would ultimately succeed, he founded the firm of Choong & Co. in 1977.

From day one, PY had been a hands on type of practitioner, totally devoting his energy, time and soul to making his practice a success. Whilst his staff would have left the office, PY would still be labouring on some assignment or task to ensure that he gets to complete his work in time for his clients. His firm is close to 38 years old and is recognised now as a boutique firm specialising in the areas of conveyancing, commercial and corporate matters, and advising counsel on litigation matters. PY was 62 when he passed away peacefully. His loss is felt by many, especially those whose hearts he had touched. He leaves behind his wife, Datin Irene Choong who had stood by him through thick and thin and who had been a pillar of strength in his fight with cancer. He also leaves behind a daughter, Cheryl Choong who is a medical doctor currently practising in Australia and a son, Jonathan Choong, who has now taken over the role of Managing Partner of the firm.

PY was, at the time of his demise, a senior practitioner of the Bar. Although he had consciously decided to slow down his usual daily routine of work, he still had so much more to contribute to the legal fraternity, to his family and to society in general. We are sure PY would have been honoured to be included in this remembrance proceedings and appreciative that his career as a lawyer, and his tireless work to raise funds for charities are recognised.

PY had a profound influence on his family members to follow the noble path of a lawyer. He was the first in his family to take up the profession and he was the inspiration for his brother, PC Choong to follow in his footsteps.

Professionally, PY had always set a high standard of legal practice for himself and was known as a no nonsense and tough but fair negotiator. PY was also passionate about the law, especially the fact that he always thought of it as a necessary tool to guide and protect society, and which he used for such purposes. PY was also known for his fantastic memory, as those from that generation are fond of having and needed, before the coming of the information age where everything is at one’s fingertips. PY was also nurturing and inclusive of younger lawyers and would take the time to advise them on their career path in the law and to discuss and advice on the matters they were working on. PY as the Managing Partner of his firm for 38 years successfully guided the firm through the 1997 – 1998 Asian Financial Crisis and the 2007 – 2008 Global Financial Crisis and emerging from these crises even tougher and more resilient.

Choong & Co. was one of PY’s pride and joy and he was always fond of terming it as a boutique firm, much like how Singapore is developed. True that it is a small firm but one which never compromised on quality. From such a practice, PY had the opportunity to work on many interesting and reported cases and also had the chance to grow with and befriended many of the industry leaders during his career. His dedication to his work and clients continued till his dying days as he chose to work tirelessly to complete outstanding matters and ensure matters were passed on properly so that his clients continued to enjoy the same level of service from his firm.

Outside of his profession, PY was known for his philanthropic works. A hugely popular figure in society circles and gracing the pages many times in society magazines, PY unselfishly contributed much of his time, energy and effort to many charities, especially in the Rotary organisation. He was a senior member of the Rotary Club of Pudu for over three decades and was President for the year 1990-1991. Some of his more well-known charity projects included climbing Mount Kinabalu to raise funds for the rehabilitation of drug addicts, bringing handicapped children to Pulau Redang for fun and adventure, rowing down the Klang River, and of course, raising funds through many charity concerts where he brought in well-known international performers and artists to Kuala Lumpur to perform.

It is always sad when a person, a husband, a father, a brother and in this instance a lawyer unexpectedly passes on. As this remembrance proceedings is specific to the latter we are sure that his wish is for those still practising the law to run a principled practice and to have a successful career. PY will always be missed by many but he will never be forgotten.

Written By,
The family of the late Dato’ Choong Phooi Ying