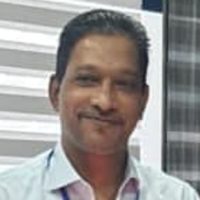 Dato’ Arumugam – a man fuelled with integrity and generosity departed peacefully on 25 July 2021.

It was an immense loss as Dato’ Arumugam was loved by many.

He was born in Ipoh, Perak on February 26, 1967. He was the youngest of four siblings to Mr.Suvalingam a/l Arumuga Perumal and Ms. Rasamah a/p Muthiah. His father, 83, was a retired technician at Tenaga Nasional Berhad, while his 81-year-old mother was a housewife.

The journey of a thousand miles begins with one step. Synonymously, Dato’ Arumugam was one of the many that surpassed the hurdles of a middle-class family to be a successful advocate and solicitor. It was his profound dream since early childhood to be a renowned lawyer with the intention to alter the mindset of many who instilled the idea that – it was impossible for him to be successful as a consequence of his financial status.

Despite being slammed with financial limitations, he was bestowed upon an abundance of love and support by his beloved parents who went above-and-beyond to send him to the United Kingdom to pursue his dreams. He commenced his Bachelor of Law at The University of Wolverhampton, England. Undeniably, this had been the most anticipated moment of his life to pursue his dreams; however, unlike many Dato’ Arumugam endured a tough moment financially. He had to juggle between working and studying, yet he shone like a bright star on the horizon as he was the first graduate in the family.

Upon obtaining his Bachelor of Law with Honours (LLB Hons) in 1992, Dato’ Arumugam returned back to Malaysia and furthered his Certificate of Legal Practice (CLP) examination in University of Malaya and passed his examination in 1994.

In 1995, he underwent his pupillage under the supervision of Dato’ Kumar Natarajan from Kumar Jaspal Quah & Aishah. During his training, he was also a part-time instructor at ATC College, Kuala Lumpur for the subject of Constitution with the aim to cover his daily expenses.

Upon completing his pupillage, he was admitted as an advocate and solicitor of the High Court of Malaya. Due to Dato’ Arumugam’s sanguine nature, he promptly opened up his own firm, Aru & Co in Wisma Lal Doshi, Kuala Lumpur on 29 November 1996. Over the years, his business expanded which led him to relocate his firm to Wisma UOA II, Jalan Pinang, Kuala Lumpur in 2004.

Dato’ Arumugam had spent his years striving towards providing his family with ease and comfort. He had been an inspirational figure within and outside of the family. His success and passion in law had driven his two nieces whom he raised as his children, to pursue a career in law. His dedication and hard work was admirable to many.

Time is gold – for Dato’ Arumugam, every second of his time counts. He would spend his weekends studying and researching laws pertinent to his client’s case to equip

himself with sufficient knowledge; for the purpose of adducing the best results for his clients. His devotion and passion for law resulted in his business developing over the

past few years. His general areas of practice were litigation, conveyancing, corporate, quasi-commitment and Shariah.

It’s no surprise that the backbone of the firm’s success stemmed from the dedicated staff of Aru & Co. He had always prioritised the welfare of his team in any circumstances. It is no wonder that Dato’ Arumugam was a coveted and admirable member of Aru & Co. This was a significant loss to all the members of staff and his clients as his presence was truly the light of the firm.

Needless to say, Dato’ Arumugam’s profound interest and expertise within the legal realm was what led to him being a successful lawyer. He had always been known as a silver-tongued lawyer, commonly known for his eloquence in speech delivery at any given setting. It must be mentioned that he had a heart-of-gold, as he would initiate to conduct pro-bono cases for clients in extreme and needy circumstances as this was a pledge, he made to himself that “one should never be denied justice due to financial limitation”.

Upon that, he had always been actively involved in politics over these years. As he began engaging in the political arena, he was appointed as the Party’s Deputy President for Malaysian Indian United Party (MIUP) in 2007. The agenda of his involvement was to uphold and defend the fate of one of the marginalised groups in Malaysia.

He had also aided several students financially to continue their tertiary education irrespective of their races. Given his rags to riches life history, Dato’ Arumugam had thrived in upholding financial disparity that exists within the community by regularly providing financial aids to families in dire need.

Notably, a man filled with love, generosity and integrity, Dato’ Arumugam is and will be remembered by many. His words and deeds have been embedded within our hearts for the rest of our lives and we shall all live by it till our last breaths as those are words from such a wise man.