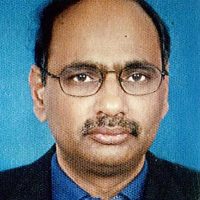 Dato’ Anpalagan Ramiah was ultimately united with God in the evening of the 13th day of June 2011. For many, his sudden and untimely demise was a shock and a great loss because he was so much a part of so many people’s lives.

He obtained his first degree in Applied Science from Curtin University of Technology, Western Australia in 1985 and proceeded to do a business course in the same university and obtained a Graduate Diploma in Business Administration in 1988. He then obtained a Bachelor of Law (Honours) degree from University of East London in 1992 and another Bachelor’s degree in Law from Bond University in Queensland, Australia in 1993. Studying part time while practising law, he completed the Master in Business Administration degree from the University of Southern Queensland in 1998. He had many years of experience in most areas of commercial and business and sat on the board of several listed companies in Australia.

He was fortunate to do his pupilage with the late Mr. Jeffrey Fernandez in the chambers of Fernandez & Co. and was called to the Malaysian Bar on 11th April 1995. Thereafter, he became the partner of Ramiah, Mages & Partners (name changed to Ramiah, Moses & Partners) before this firm became A. Ramiah & Partners.

Dato’ Anpalagan Ramiah was the only son in a family of four children. He came from humble beginnings but rose to be a man of substance. He was a filial son to his late father and mother. To his relatives, legal and business associates, he was a source of strength and his valuable advice was always eagerly sought and readily given.

He had endured many a rocky and painful path on his journey of life to achieve his success. He always worked too hard, too much and too late. He always said “There is no royal road to learning. Nor is there only one to success in life.” Education, the ability to stand up and face the world’s challenges with courage and respect for one’s parents were amongst the important things in Dato’ Anpalagan Ramiah’s life.

His unwavering mind, clear thoughts and simplicity are his life’s message and all those who were near and shared time with him are indeed blessed. Dato’ Anpalagan Ramiah was a man nobody can replace at least not in his family and friends’ hearts. He was a disciplinarian and he was very affectionate and loving towards his only daughter. He was well loved by all his family members and friends. He always smiled even in the most difficult of circumstances. He was such a kind soul, the type of person you can’t get enough of.

He never spoke about his generosities and he never expected anything in return. His devotion and faith in Lord Siva was undying and he used to undergo various kinds of austerities. He did many things but he especially loved one thing very much, his Lord Siva temple, where he finished his last breath. Letting him go was so painful. His passing leaves a void that can never be filled.

Written By,
To’ Puan Thelagam Arumugam