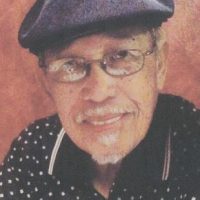 Allahyarham Dato’ Abdullah bin Ngah served in the Terengganu State Civil Service and was appointed Assistant District Officer and Assistant Collector of Land Revenue in various Districts in the State of Terengganu from 1951 to 1959. From 1959 to 1960, he served as a Magistrate in Muar and Batu Pahat, Johore.

In 1961, Allahyarham Dato’ Abdullah bin Ngah proceeded to London to read Law and was called to the Utter Bar of the Honourable Society of Lincoln’s Inn on 9 July 1963. On his return, he joined the Judicial and Legal Service and was appointed to the various posts in the said service namely:

Allahyarham Dato’ Abdullah bin Ngah was admitted and enrolled as an Advocate and Solicitor of the High Court of Malaya on 8 November 1976 while serving in the Legal Service. After his retirement, he practised as an Advocate and Solicitor in the firm of Abdul, Aziz Ong & Co. until 1984. Thereafter, he joined the firm of Marina Yusoff & Co., Kuala Lumpur in January 1985. He left Marina Yusoff & Co. in May 1985 and joined Yusof, Abdullah & Partners, Kuala Lumpur and was with the said firm from June 1985 to December 1988. From January 1989 to December 1989, he practised in Syed Ibrahim & Co., Kuala Lumpur and then in Mohd Ali & Co., Melaka from January 1990 to September 1990.

At the time of his demise on 1 March 2015, Allahyarham Dato’ Abdullah bin Ngah was practising as a partner in the firm of Abdullah, Ooi & Chan. He is deeply missed by his family and friends.