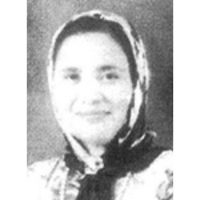 The late Datin Roquaiya Hanim was born in Johor on 2 February 1949. She was the eldest sibling of the six children of the late Tun Hussein Onn and Tun Suhailah Mohd Noah.

Datin Roquaiya Hanim received her early education in Johor Bahru and in Kuala Lumpur and later went to Lincoln’s Inn, London. She was called to the English Bar in 1973 and to the Malaysian Bar in 1974. Initially, she chambered and practised in Kuala Lumpur at Skrine & Co (now known as Skrine).

In 1975, Datin Roquaiya Hanim moved to Penang with her husband, Dato’ Ghazi Ishak, whom was appointed to be the Deputy Public Prosecutor in Penang at the time. She joined Presgrave & Matthews and later became a partner in the said firm from 1980 until 1992. She then left Presgrave & Matthews and co-founded Ghazi & Lim. She was a very dedicated lawyer who had more than 28 years of experience in the areas of banking, property and corporate law.

Datin Roquaiya Hanim always had a soft spot for worthy causes and was involved in many charitable, social and welfare activities, with involvement with organisations such as National Council for the Blind, Malaysia (NCBM), Penang Children’s Library, Tadika Perkim Pulau Pinang, Noah Foundation and Haqqani Foundation Malaysia. She also served as Councillor with the Local Authority in Penang (Majlis Perbandaran Pulau Pinang) for 5 years.

On 17 September 2005, Datin Roquiaya passed away at the age of 56 from breast cancer. She leaves behind her beloved husband, Dato’ Ghazi Ishak, also a lawyer, three sons and three grandchildren.