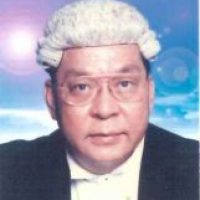 Chin Choon @ Chin Tee Fut, or more popularly known in the legal circle as TF Chin, an Advocate and Solicitor and the Senior Partner of Messrs Chin & Rakan Rakan, who passed away peacefully on Tuesday, 16 February 2016, after a short illness. He was 2 weeks shy of his 79th birthday.

Coming from very serious Chinese background, he went on to pursue Chinese studies and obtain First Class Honours degree from Taiwan’s National Chengchi University in Bachelor of Arts in Chinese Studies and Literature.

TF Chin, once a former political secretary to the former Finance Minister, Tun Tan Siew Sin, then left the civil service and went to England to complete the Bar admission requirement with Lincoln’s Inn. Upon returning to his homeland, he joined the ranks of many of his friends from Lincoln’s Inn and was admitted as an Advocate & Solicitor of the High Court of Malaya in September 1984.

His passion in studying military strategy and techniques and his equal love for Chinese literature has resulted in TF Chin producing many poems and literature works. Some of his Chinese writings and works have been showcase in renowned universities in Hong Kong and China. His last works were produced in five volumes documenting all of the interesting life’s challenges that he has gone through!  It is without doubt, his love for the letter of law was such that, despite the inability to speak the Malay language but yet without a taint of regret, he started to learn the Malay language by memorising Legal Dictionary when many of his peers were incapacitated by their lack of the language.

He was a unique character and a very much loved person in legal circles! Known as a man of dignity and one who practised his legal work diligently and fairness without any fear or favour.  He will be deeply missed by all his staff, who have regarded him as their patriarch in the firm that he had run successfully for the past 31 years. He has demonstrated his love and care and kindness towards anyone and I can testify that he lived among people and not above people. Greeting the guards and the cleaner lady in the quiet Court corridors in the wee hours of the morning before the Court proceedings starts. I am glad to say that it has been my honour that I have had the opportunity of calling him my Pupil Master, my employer and finally my partner since 1994 until his untimely departure. I am glad to have known a meek and a simple man despite his fiery character that he demonstrated boldly in Court. I have learned much from him and I can say that much of my practice is formed after what he has taught me in my young career.

TF Chin is survived by his wife, Kay Chi Kuan Kew and sons, CL Chin (a former Member of the Bar) and Chin Cheng Yun, a Bank Manager.

He firmly believed in the notion that “The Earth can sink, the Sun can lose its shine but justice cannot be denied” was what got him to be who he was.

I know that if he is given the chance to live his life again, he will do exactly the same. Fighting the same adversary with much zeal and courage. To that long and illustrious legal journey that he had, we bid you, TF Chin farewell as laid the tiger to rest!