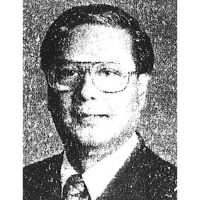 Charles William Kraal, a senior member of the Bar, passed away on 1 May 1999. A member of the Honourable Society of the Inner Temple, Charles was admitted as an Advocate & Solicitor of the High Court of Malaya on 16 November 1979. He chambered in the firm of Skrine & Co. where he was retained as a legal assistant. On 1 May 1983, he co-founded the firm of Paul Chong & Kraal where he was practising at the time of his demise.

Charles was a leading practitioner in the field of Hire Purchase Law, and had conducted numerous seminars and spoken extensively on this area of the law. He will be fondly remembered for his extremely jovial and gregarious personality.

Charles leaves behind his wife Harbans and two children, Nigel and Ann.

Written By,
Family of the late Charles William Kraal