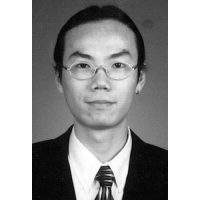 Eu Gene read law at the University of Glanmorgan, Wales and successfully completed his Bar at the Middle Temple. He chambered with Iza Ng Yeoh & Kit and was thereafter retained as a legal assistant.

Eu Gene was a highly versatile practitioner, practising as both a conveyancer and litigator during his brief time in the legal profession. Be it in the field of conveyancing or that of litigation, Eu Gene embraced his work with candour and without fear, and was always determined to strive for excellency and perfection.

Eu Gene was a “free-spirit” which manifested in his passion for sports and games, especially in surfing.

Amongst his friends he was renowned for his charitable disposition. He was always willing to extend a helping hand to whosoever needed it and to this his ex-colleagues and friends are his living testimonies.

The sudden and untimely departure of Eu Gene on 31 January 1999 has left his family and those whose lives he had touched, whether in passing or as a result of his becoming a part of their lives, with an emptiness that cannot be replaced.

My prayers and condolences go out to his family and his friends who are deeply grieved by his departure. Though he may no longer be with us physically, he lives forever in our hearts and in the memories that we have of him.