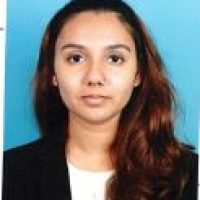 The Late Balwin Kaur Sandhu a/p Sarjit Singh (affectionately known as ‘Bal’ to family and friends) was called home to her rightful place to be with the Almighty on the morning of 1 st November 2020. Her peaceful demise in the ICU ward of HUKM came as a sudden shock to her loved ones and friends, none of whom expected this jewel of a person to leave so suddenly and without saying goodbye. 11 months prior to Balwin’s demise, she and her family had lost their father who was just 61 years old when he passed away due to illness.

Balwin’s death came as a big blow on the face. Her loved ones and family are still trying to come to terms with accepting that she no longer remains amongst us as none of us had ever imagined a life without Balwin in it. They say time heals all wounds, but the pain of her loss will always be felt by those she left behind.

Balwin Kaur Sandhu was born on 14th December 1992 and came from a small town in Perak named Bidor. She is the youngest child in the family and is the daughter of a hardworking businessman, The Late Sarjit Singh Sandhu. Her mother, Madam Kalwant Kaur, a homemaker, a resilient, loving, and patient woman raising all her children with much love while emphasizing discipline and hard work until they reach the heights of success in life.

It was their dream of the late to be a lawyer when she was at the age of 15 years old. The endless interest which was embodied in her when she was a youth brought her to venture herself into the

Balwin Kaur Sandhu began her journey in Law by completing her A-levels with the University of Cambridge under ATC Kemayan, KL. She then pursued and obtained her Degree in Bachelor of

Laws with the University of London (External International Programmes) and was admitted by the University of London to Degree in Bachelor of Laws (Hon). Having shown an eternal interest in the legal arena, the deceased has also obtained a Certificate in Legal Practice (CLP) successfully in a single attempt. This success made her family very proud of her achievements as the late is the sole youngest female lawyer within her community in her hometown.

Balwin commenced her pupillage at Messrs Shukor Baljit &amp; Partners. During the period of pupillage, the late was under the tutelage of Datuk Dr Baljit Singh Sidhu. Over the period of

pupillage, the late has acquired useful knowledge and experience of the law in action.

She later joined Messrs B.K. Goh &amp; Goh law firm in PJ where she spent most of her career working for about three to four years before moving on to Messrs Vijeyesvaren law firm and finally

Tetuan Chambers of Aminahtul Mardiah under the guidance of her boss fondly known as Kak Min.

However, the career and success of the late did not last long. On the morning of 7th July 2020 after being admitted to the hospital for about a week, the late and her family was shocked by a piece of devastating news whereby Balwin was diagnosed with Leukemia.

In this painful journey, Balwin did not give up and continuously fight for her life and bravely underwent multiple chemotherapy sessions with the support of her family, friends, and colleagues.

Balwin spent almost 4 months in the hospital, until the morning of 1 st November 2020, the late breathed her last leaving her family and friends forever.

The late passed away while on the rise in her career and was about to turn 28 years old a month before her death. She got engaged in February same year before finding out about her cancer.

Balwin is known among friends as a jovial and approachable person having a simple lifestyle and a very humble soul. Friends who knew Balwin admitted that she was a kind, friendly, and very

The passing of the late was shocking and lamented by all parties, especially family and friends. The loss of the late was also felt by colleagues in the legal profession as the late is a noble, friendly

lawyer who has done brilliantly in this field even in a short period of time. May the deceased rest in peace hereafter.

We will miss Balwin….now..then…and forever… You will always live in our hearts. We love you, Balwin.

The late Balwin Kaur Sandhu a/p Sarjit Singh was born on 14 December 1992. She read law at the University of London and was admitted as an Advocate & Solicitor of the High Court of Malaya on 27 October 2016.

The late Balwin Kaur Sandhu a/p Sarjit Singh passed away on 1 November 2020 and at the time of her demise was practising in the law firm of Aminahtul Mardiah., Kuala Lumpur. She will be fondly remembered in the hearts of his loved one