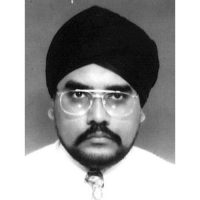 The late Baldev Singh was born on 10 May 1958. He had his early education at the St. John’s Institution, Kuala Lumpur and later at the Kolej Tuanku Abdul Rahman. After completing his Higher Education Certificate, he joined Universiti Kebangsaan Malaysia as an Assistant Medical Scientific Officer, a position he held until 1995 when he left the world of science to join the legal profession.

Baldev’s hard work and determination saw him through law school and he was awarded a law degree from the University of London in 1993. Subsequently, he obtained the Certificate of Legal Practice and was called to the Malaysian Bar on 1 December 1995.

Baldev joined legal practice as a legal assistant with Ho & Fam. His dedication to his new career was unparalleled. I remember his constant desire to improve himself and to learn new things to aid him in becoming a better lawyer and to uphold the law with integrity. He did all that was entrusted to him with earnestness and passion.

Notwithstanding his love for the law, he was a devoted family man. Baldev’s death at the young age of 38 years brought an untimely end to his flourishing career as an Advocate and Solicitor, and as a father.

He leaves behind his wife Roop Kaur and three children, Pavin Kaur, Simrenjeet Singh and Jasdev Singh, who can be proud of the success their father had had achieved through hard work and dedication.