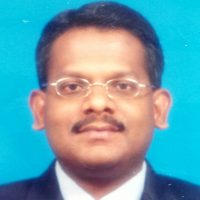 Augustine was born on 25 June 1963. We were classmates in University Malaya, in the batch that commenced in 1983.

In our student days, he was our resource person. Let me explain this. He was the person whom his fellow classmates would turn to borrow lecture notes when we were not able to make it for classes. We also borrowed his summary of case notes (which he industriously summarised after reading the full report), when we could not find the time or were plain lazy.

There was something about the quality of his notes which struck me. They showcased a brilliant and a focus mind, a person who loved and understood the law well and a well organised person. I might also add he was a discipline and determined person to be able to complete time and again the endless list of authorities we were required to read after each lecture.

Augustine would lend his notes to everyone cheerfully. Incidentally, amongst those who borrowed his notes are currently professors in the university. We are grateful to him for helping us through law school!

We continued to keep in touch after law school. Later when he started legal practice, those qualities of Augustine that I mentioned above have never diminished. Of course by then, we ceased borrowing his summary of case notes.

He was a one man firm. He chambered in Paul Chong & Kraal, which later became Paul Chong & Nathan, when Charles Kraal passed away. He became a partner in 1999.

His love and knowledge of the law, his honesty, integrity, his discipline and right temperament, made him, in my respectful view – a judge material. However, as he was such an unassuming person, I felt his qualities were not fully appreciated.
He loved his family dearly. He adored his parents. They were the most important persons in his life.

His famous verse which appears below his name in each email that he sends out is, “The best sermons are lived; not preached.”. This is a reflection of his character. To those who are blessed to be his friends, we can testify that he has lived up to this verse.

He is a person I would trust with my life. Augustine passed away on 15 December 2012.