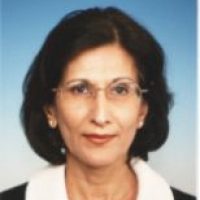 Asbir was born in Miri, Sarawak to Kartar Singh and Chand Kaur and was their seventh-born of their 10 children. She had her primary and secondary education in Miri, Sarawak and was the head girl of the St Columba School, Miri in her Fifth Form. She completed her Sixth Form in the Tanjong Lobang School, Miri. She then left for London to read law where she met and fell in love with Hira Singh, her future husband and partner in law.

Asbir was called to the English Bar at Lincoln’s Inn in 1973. Upon her return to Malaysia, she was admitted to the Sarawak Bar in May 1974 and worked at the Sarawak Electricity Supply Company (“SESC”) in Kuching, Sarawak before moving to Ipoh, Perak in early 1975 after she got married. She was admitted and enrolled as an Advocate and Solicitor of the High Court of Malaya on 20 October 1975 after serving her pupillage under Mr Rahim Noor. Her passion for the law was such that she remained in active legal practice till her sudden demise on 8 April 2015.

Asbir received accreditation from the Bar Council Malaysia as a Member of the Panel of Mediators of the Malaysian Mediation Centre in 2006. She was also a member of the Rules Committee, which was tasked in redrafting of the Rules of High Court and Subordinate Courts to what is currently the Rules of Court 2012.

She was an active Member of the Perak Bar and served as a Member of the Perak Bar Committee from 1993 to 1995 and from 2000 to 2001 and was always there to lend an ear to junior lawyers and inspire lady lawyers to stay in practice. Asbir was elected Perak Bar Representative to the Bar Council from 2008 to 2010. She also previously served as the Chairperson of the Bar Council Court Liaison Committee and in the LawCare Committee. Asbir was an Honorary Legal Advisor for the Perak Family Planning Association and former Secretary to the Rotary Club of Greentown, Ipoh.

Courage is what it takes to Stand Up and Speak. Courage is also what it Takes to Sit Down and Listen.

Asbir was widely known at the Bar as being a Senior who always listened and dished out good advice when sought, whether legal or personal.

Asbir leaves behind three children, a son-in-law and three grandchildren, who were her pride and joy, a brother, sisters, nephews and nieces, grandnephews and grandnieces.