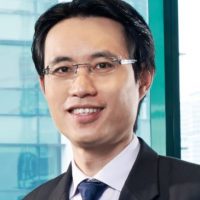 Ang Hean Leng passed away on 22 December 2019. He was happily married to a fellow advocate and solicitor, Teo Wai Sum, and a beloved father to two young daughters. He was a partner in Lee Hishammuddin Allen & Gledhill. He was 41.

Too young, too soon.

Hean Leng, or, “Ang”, after receiving the Best Student Award from Victoria Institution, read law in the University of Malaya. Ang graduated with First Class Honours in 2002. One of his classmates described him, not surprisingly, as focus.

In 2003, Ang was admitted as an Advocate and Solicitor of the High Court of Malaya. He initially practised at Malik Imtiaz Sarwar and later, Zaid Ibrahim & Co. and Thomas Philip. His career eventually brought him to the doors of Lee Hishammuddin Allen & Gledhill in January 2012. Ang was admitted to partnership on 1 July 2012.

I knew Ang before he joined the firm. He was courteous, terribly intelligent and a persuasive advocate. My colleagues and I happily welcomed him to the firm. Over the years, we worked together on various matters. I admired his dedication, determination, principles and tenacity. Dato’ KC Vohrah in his book, Finding a Footing in the Law, described Ang as follows –

“A good trial lawyer, the highly intelligent man saw through subterfuges and was critical of lawyers who were dishonest.”

Ang appeared in a number of difficult and notable cases. The law reports bear witness to this. Besides his commercial and corporate disputes practice, Ang was also noted for his experience in defamation and media law.

He had prior to joining the firm pursued and completed his Master of Laws, on the Endeavour Postgraduate Award scholarship, at the University of Melbourne, Australia. He was a research fellow on defamation law in the Centre for Media and Communications Law, University of Melbourne. He also wrote on the subject. In 2010, Prof. Andrew T Kenyon and Ang published an article titled Reynolds Privilege, Common Law Defamation and Malaysia. He frequently spoke on the subject, including at the South East Asia Media Defense Litigation Conference and Malaysian Law Conference.

It was therefore no surprise Ang’s views on defamation issues particularly on high profile cases, such as 1MBD, was often sought by reporters. This you will see when you type “Ang Hean Leng” on the Internet.

His love of the law and societal interest saw Ang also involved in a number of public interest matters. Ang was part of the team in Zaid Ibrahim’s election petition. He was also part of the pro bono team that successfully defended the suit brought against the Bersih 2.0 Organising Committee. He acted for activist, Dr. Wong Chin Huat, in his claim against the police and other Bersih related matters. He was also co-counsel in the case against JAWI for raiding Borders bookstore and investigating Berjaya Books and its two employees.

Ang, as a partner, was always an ever willing participant in firm activities with the lawyers and staff, particularly those involving the outdoors. The welfare of his team was always important. It is hardly surprising Ang was a well-liked and cherished member of the firm. The firm did not just loose a partner, we lost a friend.

When news broke that Ang had passed on, his family received many messages of condolences. The University of Melbourne Alumni Association Malaysia, where Ang was President, noted how despite his illness, he continued to play an active role in building the association. Friends and colleagues expressed shock and sadness. Some mentioned how Ang had influenced them. One said “AHL was brilliant but more than that, he was steadfastly honest and trustworthy. Of the very few lawyers who shaped me, I probably spent the least time with AHL but so much of what I believe in came from him.”

Of all of Ang’s numerous and noteworthy achievements, his proudest was his family – Wai Sum, his wife, and his daughters, Avery and Avelyn. Ang in our discussions would dotingly speak about his kids. You will find postings in his Facebook where he peppered references to his “beloved wife”, whom he met in university. They were his source of joy, happiness and strength.

Unfortunately, in 2018, Ang had to face the spectre of cancer. He fought it with courage, fortitude and positivism for over a year. Despite his condition, he continued to work with the same diligence and professionalism, the qualities that made him stand out as a lawyer.

Despite advice from colleagues to slow down and prioritise his health, Ang insisted on pushing on. Wai Sum reprimanded him. His response, which reflects his love and devotion, was that he was doing it for the kids and her.

I started with laments. But, in conclusion, I am reminded by what Ralph Waldo Emerson said, “It is not length of life, but depth of life”. Ang found, and to the envy of many, great depth in life wrapped with much happiness.

Ang Hean Leng, loved by his family, admired by many, will be missed at the Bar.