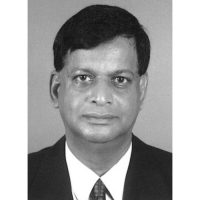 The late P. Anandarajah, or “Andy” as he was popularly known and affectionately called, was a Partner in the Industrial Relations practice group of Messrs Zul Rafique & Partners.

In his youth, Andy was a keen sportsman. He was active in cricket, football, badminton and boxing. He was nicknamed the “Cobra Kid” because of the way he hissed like a snake as he delivered his punches! Throughout his life, he retained his interest in games, especially cricket and football.

After obtaining a Bachelor of Arts in Economics degree from University of Malaya at 23 years of age, Andy joined the Ministry of Human Resources as a Labour Officer. The next 30 years witnessed his illustrious career in government service. With the dedication he displayed in all his undertaking he rose in the service to be promoted as the Director of Legal Affairs and Enforcement at the Labour Department. Andy was sent to the UK for a training session in legislative drafting and was instrumental in drafting many important labour legislations including amendments to the Employment Act 1955, Workmen’s Compensation Act 1952 and Workers’ Minimum Standard of Housing Act 1990. In 1994, Andy earned the honour of being appointed the Chairman of the 10th Session of the Committee on Work on Plantations of the International Labour Organisation (ILO) in Geneva, Switzerland. Apart from representing the Government of Malaysia at international forums, Andy was a prolific speaker at local seminars and conferences.

His intimate understanding of the history of labour legislation coupled with his genuine interest in the humanity and his gift of being an entertaining and engaging speaker made him a much sought after expert in his field, whose views was often solicited. With his warm personality and ready smile, he was very approachable.

His exposure to the legal aspects of industrial legislations and practices inculcated an interest in law. In 1989 Andy obtained a Bachelor of Law (Honours) from the University of London. A year later he obtained the CLP. He was called to the Bar in 1993. Thereafter, he took a voluntary retirement and joined our fraternity.

In recognition of his services, the Government honoured him by awarding the Pingat Ahli Mangku Negara ( “AMN” ).

Andy married Peggy Yeoh Siew Hong in 1975. They have a daughter, Sharmayne who is 8 years old now.

Andy will be mostly remembered by those who knew him as a gentle and kind soul. He was always a good friend with a comforting and ready smile, a warm heart, a reassuring voice, a ready pair of ears and broad shoulders. Andy was not known to have used harsh words and he was a compassionate man.

The obituary inserted by his partners at Zul Rafique & Partners, borrowed from the words of Shakespeare, which aptly described Andy:

His life was gentle, and the elements so mixed in him that Nature might stand up and say to all the world, ‘This was a man!’