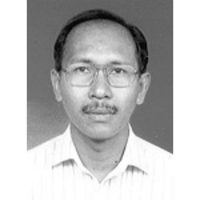 Amir bin Nordin was born on 28 October 1956 in Alor Gajah, Melaka. He moved to Singapore at a very young age when his father was transferred there.

Amir received his early education at Sembawang Hills Estate School, Singapore from 1963 to 1968 and then at the Raffles Institution, Singapore from 1969 to 1974. He read law at the Honourable Society of Lincoln’s Inn, London and was called to the English Bar in November 1982. He was subsequently admitted as an Advocate & Solicitor of the High Court of Malaya on 5 November 1983 upon completing his pupillage with the firm of Tunku Zuhri, Manan & Abdullah.

Amir set up his practice under the name of Amir, Toh & Francis. He had over 20 years of extensive legal experience, particularly in the area of litigation. He was formerly a lecturer with Institute of Technology MARA where he taught both Company Law and Commercial Law. In 1989, he joined the firm of Khairuddin, Ngiam & Tan as a partner and had remained so until his demise at the age of 52. Amir was also the Legal Adviser for Pertubuhan Kebajikan Islam Malaysia (PERKIM) at the time of his demise.

Amir is survived by his wife, Puan Zainab bte Mat Said, and 4 children; 2 boys and 2 girls, the eldest being 24 years old and the youngest, 14 years old. His eldest daughter, Sharizah Hanim, in keeping with the tradition set by her late father, is reading Law and has just completed her attachment with the High Court at Kuala Lumpur. She is currently undergoing her final year at Universiti Kebangsaan Malaysia.

Amir’s passing was sudden and totally unexpected and is a great loss to his family and friends.

As a friend of more than 20 years, I have known Amir to be a devoted and faithful husband to his wife and a loving father to his children. He placed great value in spending quality time with his family. Amir had certainly been a very good role model to his children all these years. Though he is no longer around, I know they will cherish his memories and be guided by them.

I also know Amir to be a very good cook.

As a lawyer and a senior member of the Bar, I can attest to Amir’s integrity, courteousness and fairness in his dealings with other lawyers. He would never dream of taking advantage of anyone, especially his opponents. He was always well prepared and compassionate and fair in his dealings with clients and was never driven by fees alone. He was popular and had many friends. I have never heard anyone utter a bad word about him.

In all the years I had known him, I had never heard Amir swear or use coarse language. He was a religious and morally upright man without displaying the outward sign of religiosity. He was patient, always calm and did not get angry easily. He did not engage in gossip nor did he have anything bad to say about another person. He was also very tolerant and liberal in his approach to any issue.

I look back with fond memories of the discussions we used to have on various topics where Amir would always be very rational and free of emotion. As a friend, I have learnt a lot from him. It certainly has been a privilege to have known Amir and I know the Bar also shares a sense of loss in his passing.

To Puan Zainab and the children, our thoughts are with you and your family in this time of sorrow.