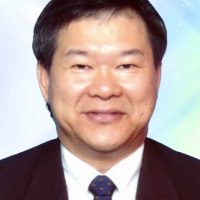 On 1 August 1985, Dr Adrian Han Swan Kwong completed his Bachelor of Laws and graduated from the University of London. He continued to pursue his Certificate of Legal Practice and was later admitted as an advocate and solicitor of the High Court of Malaya in 1987. He practiced law since 1987 and became a partner at Chee Amimi & Adrian Han, which was formed in 1995. He was qualified for associateship in the Chartered Institute of Arbitrators in 1998.

He was wise, knowledgeable and a great teacher. Everyone who knew him would know that he had a great passion for books. He could spend 4 hours in any books store and that would not be enough for him. He would generously share his knowledge to those around him and help others to memorise things easier by teaching them acronyms. He also always encouraged people to never stop learning, no matter the age, and to further their studies where feasible.

He was kind, patient and had a great sense of humour. He was helpful in giving legal advices to his family and friends without expecting anything in return and lending a listening ear whenever in need. Vouched by his firm’s partners and clients, he was always there for his clients, walked righteously throughout his legal career and a trustworthy man. Always striving to do the right thing and by the books.

Written By,
Melinda and Suyin