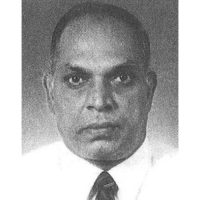 The late A.M. Kandasamy was born on 26 December 1933. He obtained his LL.B. degree from the Ealing College of Higher Education, Ealing. He read in the Chambers of Mr R Arunachalam and Mr S Krishnan and was admitted as an Advocate and Solicitor of the High Court of Malaya on 26 June 1992.

The late A.M. Kandasamy practised law in Kuala Lumpur in the firm of A.M. Kanda & Associates until his demise on 19 September 2001. He is greatly missed by his family and friends.