From the Desk of the Chairman… 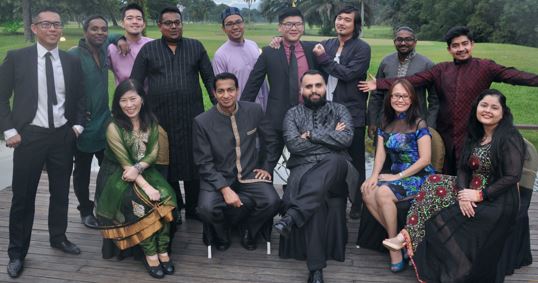 It has come to the end of the term for the Kuala Lumpur Bar Committee 2015/2016 and as such, this will be the second and last Chairman’s Message for this term.

As per the previous Chairman’s Message, kindly let me run through the main activities of the Kuala Lumpur Bar from the last message.

While there were many matters that were raised at the said meeting, I would like to highlight one of the main proposals of the CCPC. Under the chairmanship of Jacky Loi, the CCPC has proposed a Manual/Module for conveyancing practice tailored to the requirements of the Wilayah Land Office only (for the time being). This will be an online module that will be updated to include any changes the Wilayah Land Office may have from time to time. One of the main concerns of the KLBC was that the Land Office might not be amenable to such a module seeing as we insisted that they approve the same before publication. However, after understanding the purpose of the said module and the benefits of the said proposal, they have agreed to the proposal. I am glad to state that the first Module has been sent to the Wilayah Land Office for their approval. Members will be kept updated in due course.

KL Bar Night
The KL Bar Night was held on 28 November 2015 at Ciao Ristorante with a ‘Traditional’ theme. In an attempt to save some money and time, the KLBC agreed to have the Committee Photograph taken at the said function. The relaxed photo of the Committee can be seen at the top.

Roughly 300 guests comprising former Bar Presidents and former KLBC Chairmen and members of the Bar attended the event. Guests were treated to a delectable buffet spread coupled with free flow of selected beverages. The night kicked off with an explosive ‘dhol’ performance followed by entertainment by a live band that played up to the night’s theme, “Celebrating any and all things which make us Malaysians”. I am happy to state that majority of our members turned up dressed in their best traditional outfits making the night, truly a Malaysian night. Photos are available on the Kuala Lumpur Bar Facebook page.

While we are on the topic of the KL Bar Night, I am delighted with the fine organising by the Committee, however, I really do wish that in the future more members would attend such functions. The Kuala Lumpur Bar is made up of roughly 6,700 members (Malaysian Bar Website Figures), however our annual function only manages to attract less than 5% of that membership.

Nevertheless, I would like to extend a special thanks to Vinu, our Chairperson of the Social, Arts & Recreation Committee for a job well done.

KL Bar Open Pool Tournament 2015
Organised by the KLBC Sports Committee, the Tournament was held on 5 December 2015 at 5ive Star Snooker & Pool Club, Subang Jaya. I would like to congratulate the Champion Peter-Douglas Ling and Runner-up, Sean Yeow.

1st Mini Sports Day – Kuala Lumpur Bar vs Malacca Bar
I am glad that I had an opportunity to attend the dinner and the prize giving ceremony of this 1st Mini Sports Day between the two State Bars that was held on 19 December 2015 at Kompleks Sukan Batu Berendam where the Malacca Bar hosted the games.

KL Bar Run 2016
Organised by the KLBC Sports Committee, the annual KL Bar Run held on 10 January 2016 was a huge success. Held at the Lake Gardens at 6:45 am, 67 teams (4 persons per team) showed up in full force, many in themed outfits.

I had the pleasure of flagging off, taking part (yes, I actually took part) and handing out prizes for the said Run. Team ‘Speedy Gonzales’ took the gold while teams ‘The Force Awakens’ and ‘The Front Runners’ took the silver and bronze respectively.

I want to thank Lilian and Dipendra for taking the time to organise the said Run. I would also like to congratulate the Sports Committee on a job well done.

KL Bar – eLawyer Legal Career Forum
I would like to take this opportunity to thank Mathew Thomas Philip, Vasanthi Rasathurai and Eddie Law for sharing their experiences of working in the different terrains of small, medium and large firms. This programme was focused on managing expectations of younger lawyers as well as exposing them to the necessary information that they may need before deciding what type of firm best suits them.

The KL Bar – eLawyer Legal Career Forum, held on 12 December 2015, was jointly organised by the KLBC Pupils Committee and KLBC Young Lawyers Committee in collaboration with eLawyer, a legal recruitment and consultancy firm. The forum was moderated by Choo Dee Wei.

I would like to congratulate all the players! Keep up the good work. I hope the KLBC Sports Committee under the Chairmanship of Alwin Rajasurya will continue to make us proud.

Pupils Luncheon
On 30 January 2016, the KLBC Pupils Committee held its Pupils Luncheon at the Royal Selangor Club. We are grateful to the senior practitioners who attended this luncheon and shared their experiences and time with the young lawyers. I do strongly believe that these luncheons are beneficial to younger lawyers who may ordinarily not have an opportunity to mingle and have open discourse with senior members of the Bar.

I would like to thank each of the senior members, Datuk Jagjit Singh, Muhendaran Suppiah, Mathew Thomas Philip, Ravi Nekoo, Amrit Pal Singh, Amer Hamzah, members of the KLBC, Goh Siu Lin, Harleen Kaur, Foong Cheng Leong and the Chair of the Selangor Bar Salim Bashir for their time on a long weekend.

Congratulations to Shashi Devan and his Pupils Committee for successfully organising the Luncheon.

KL Bar Appreciation Dinner
On 18 February 2016, the KLBC held its KL Bar Appreciation Dinner for all the members and non-members of the Bar who have selflessly sacrificed their time for the Bar. These members have contributed by giving lectures, moderating seminars/workshops, representing the KLBC at hearings of Admissions to the Bar, sitting in subcommittees and rendering any other form of assistance to the KLBC.

Assigned Counsel Scheme
The Honorary Secretary of the KLBC, the Chairperson of the Criminal Practice Committee and one of its members as well as myself attended a meeting last month on 20 January with Tuan Aslam bin Zainuddin, Registrar of the High Court of Malaya and several other Registrars.

We had received complaints from members of the Bar that they were not being assigned files under this scheme with no explanation for the same.

Because we were getting conflicting information on who were the lawyers on the assigned counsel scheme, and which of the lawyers were actually receiving files, we tasked Lim Chi Chau and his Criminal Practice Committee to contact the entire list of assigned counsel which was available to us and check if they were or were not receiving files. With this information we met up with the Court.

The Court confirmed that they had a similar list with some minor discrepancies. There were some names in the Court’s list which were not reflected in the KLBC’s list and vice versa. However, the important point we learnt was that the Court was contacting lawyers at random once there was a matter to be assigned. Sometimes where logistical matters arose, they would contact lawyers in Selangor to handle matters in the Kuala Lumpur High Court.

We did not agree to that and informed the Court that the files should only be referred out of Kuala Lumpur when the Kuala Lumpur list of assigned counsel has been exhausted.

The Court explained how this would be a tedious and time consuming process. However, we suggested, and the Court had agreed to implement the Kuala Lumpur Legal Aid Centre’s method of assigning files.

We further informed the Court that should they have any issues regarding the lawyers in the list they should inform us so that we may take the necessary steps.

The Court further shared with us that many lawyers who accepted the brief under the assigned counsel scheme were not meeting with their client/s in detention to receive instructions. We urge members who are accepting assigned counsel cases, especially at the trial stage, to please take the time to visit the accused at the prison once you receive the Section 51A CPC documents.

I strongly urge members, especially those who knew these members personally or professionally, to make every effort to be there this Friday. Funerals are where friends and families say goodbye, the Reference is where the profession bids farewell to our members.

KL Bar AGM
As members are aware, the KL Bar AGM will be held this Thursday at 2:00 pm at Wisma MCA, Level 3.

Please note that we will have a one-hour forum titled, “Evolution of CPD” which will commence at 2:00 pm. For members who still have queries on the CPD Scheme or any comments at all, please do arrive at the AGM at 2:00 pm sharp to attend the forum and pose your questions and comments and to learn more about the CPD Scheme.

We look forward to seeing all of you there!